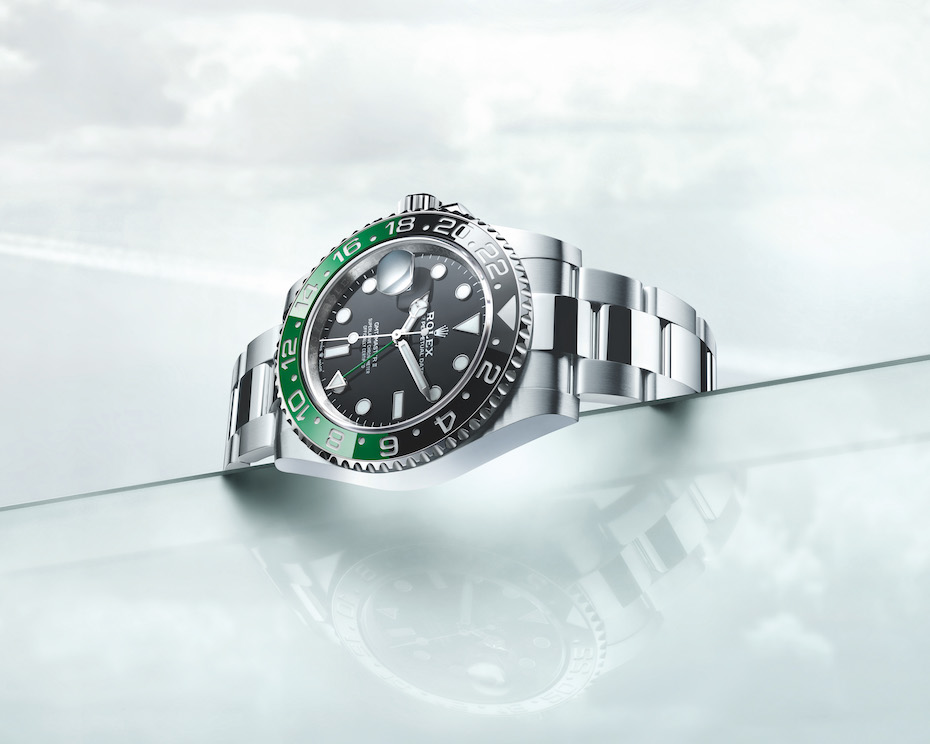 According to a Morgan Stanley report from earlier this year, Rolex held a near 29 per cent market share in retail sales among Swiss watch brands last year – that’s roughly the combined market share of the next five best-selling brands. Rolex is unassailable and its latest Oyster Perpetual GMT Master II, with its crown pushed to 9 o’clock, shows you just how spectacularly coveted the watchmaker remains. The 40mm sports Rolex chronometer features a stainless steel case and bidirectional rotatable bezel in a green-and-black configuration, backed by a robust Calibre 3285. Probably 10 per cent of the world’s population is left-handed, though a Rolex will likely remain the keep of only the planet’s very exclusive 1 per cent. 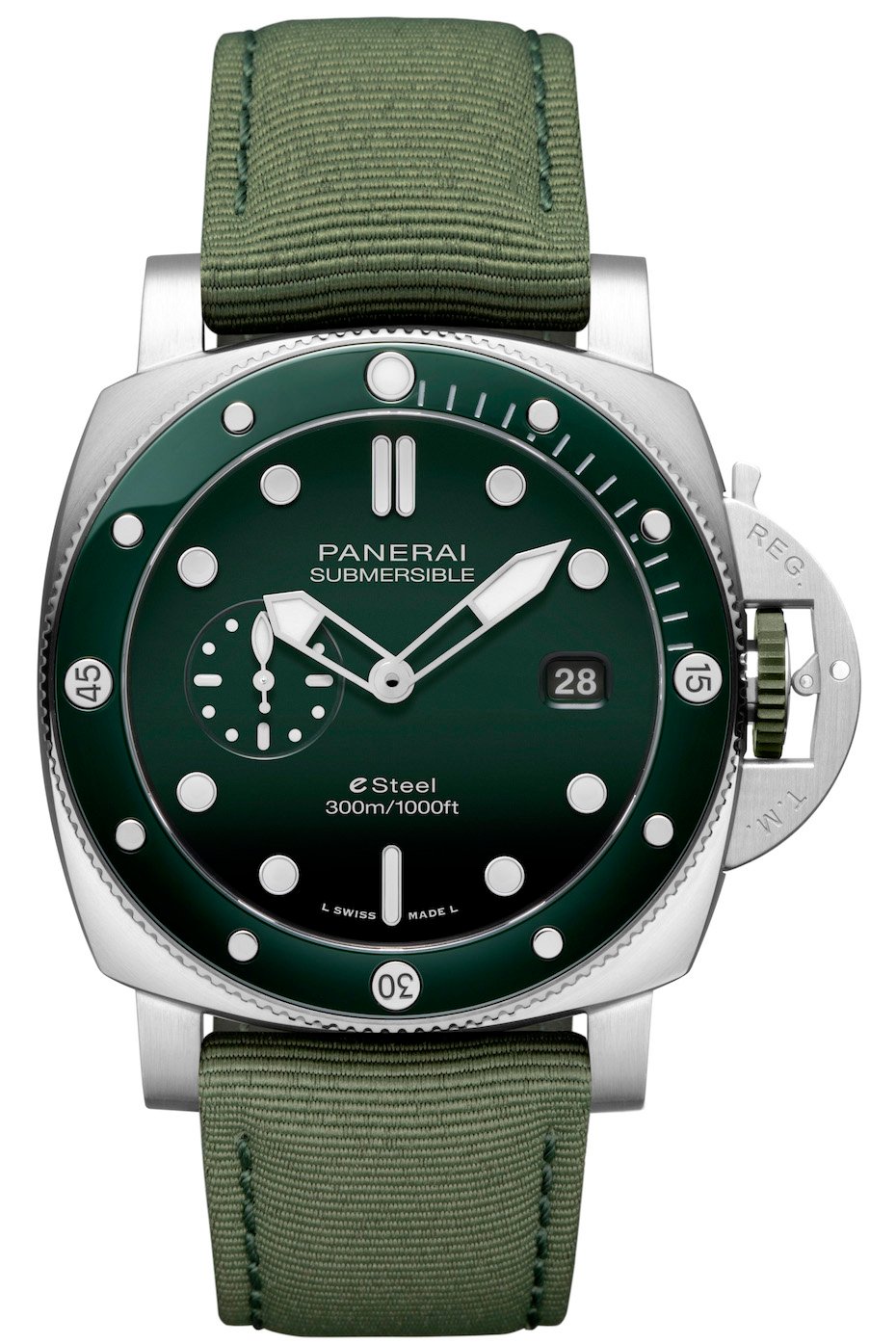 Panerai is pushing forward strongly with its agenda of sustainability. Last year, it debuted a concept Submersible eLAB-ID that had nearly 98.6 per cent of its weight made from recycled materials. This year, its new QuarantaQuattro models have 72 grams of its weight made from recycled materials – that is over half of its overall weight of 137 grams. The eSteel logo on the dial points to the use of recycled steel being used in its construction. The P.900 used in this year’s QuarantaQuattro is an automatic winding movement with a three-day power reserve. If the eLAB is anything to go by, the future of the P.900 could well include recycled titanium bridges and jewels too.

A. Lange & Söhne
Odysseus in titanium 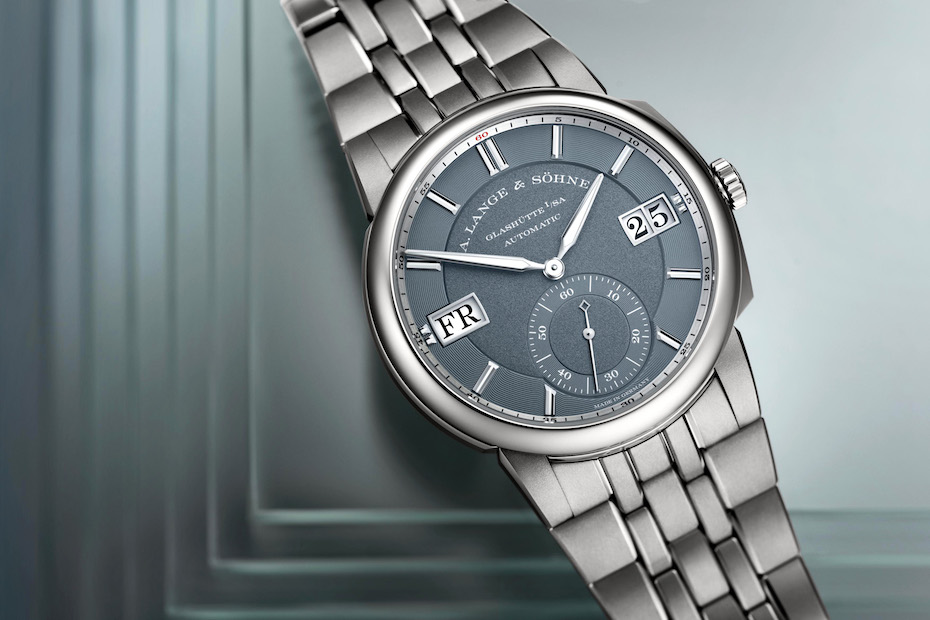 The German watchmaker’s first-ever steel sports watch, the Odysseus, broke cover in 2019 and opened the brand to a segment of enthusiasts who want their timepieces to exude a more relaxed vibe, yet which are finished to the very highest standards of fine watchmaking. In 2020, we got the white gold version, and this year it’s going the distance with its first-ever titanium watch. The grade 5 titanium case (Lange says it’s 43 per cent lighter compared to the steel version from 2019) and is complemented by a new ice blue multi-layer dial. The 4Hz L155.1 Datomatic calibre is a thing of beauty viewed through the sapphire caseback and makes this watch limited to 250 pieces all the more appealing. 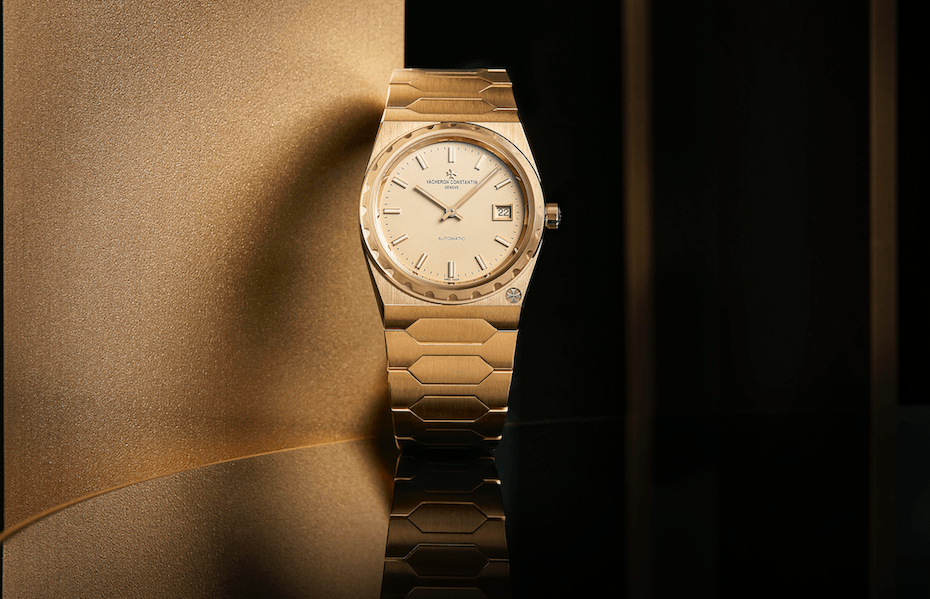 How do you fittingly celebrate the 45th anniversary of an iconic watch? By looking backwards and forwards at the same time. We’ll explain. The new Ref 222 has the same chief design characteristics that made the 222 from 1977 a smash hit such as the hexagonal-link integrated bracelet, fluted bezel and the Vacheron Constantin Maltese Cross at the bottom right corner of the case. The watch then becomes an utterly modern timepiece when you consider the new automatic Hallmark of Geneva certified-calibre 2455/2 that operates at 28,000vph and has a 40-hour power reserve. The newest 37mm yellow gold triple two shows how to properly birth an icon from an icon. 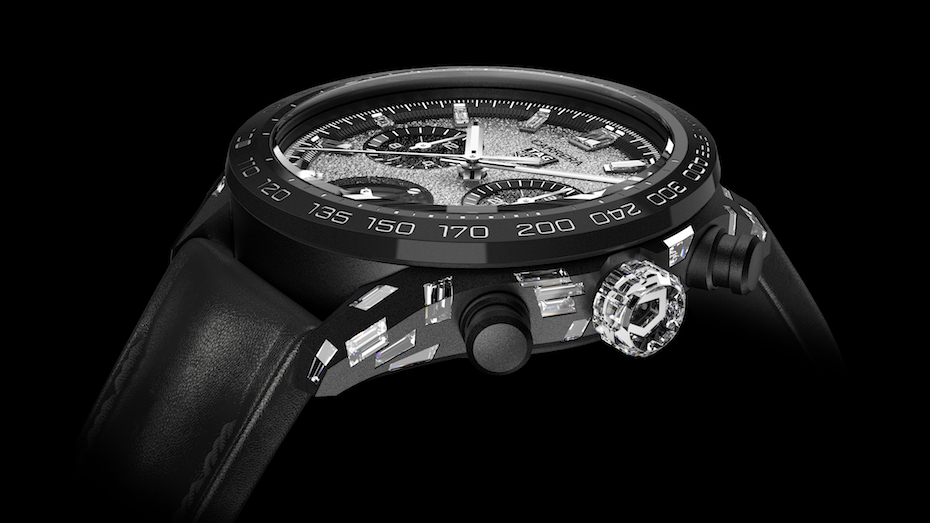 Think of lab-grown diamonds, as stones with a conscience. There’s never any conflict as to where they were mined from or the means and route it took to reach the retailer. With a clear mind, TAG took Watches and Wonders by storm this year by releasing this piece made up of a total of 10 carats of lab-grown diamonds. They are set into the 44mm sandblasted case, onto the rhodium white gold indexes, can be found on the polycrystalline dial where a number of crystals are grown as a single piece as well as on the crown at 3 o’clock which is crafted from a single diamond. The in-house automatic-winding Heuer 02T movement meanwhile powers the chronograph and a tourbillon, and features a unique carbon hairspring too. 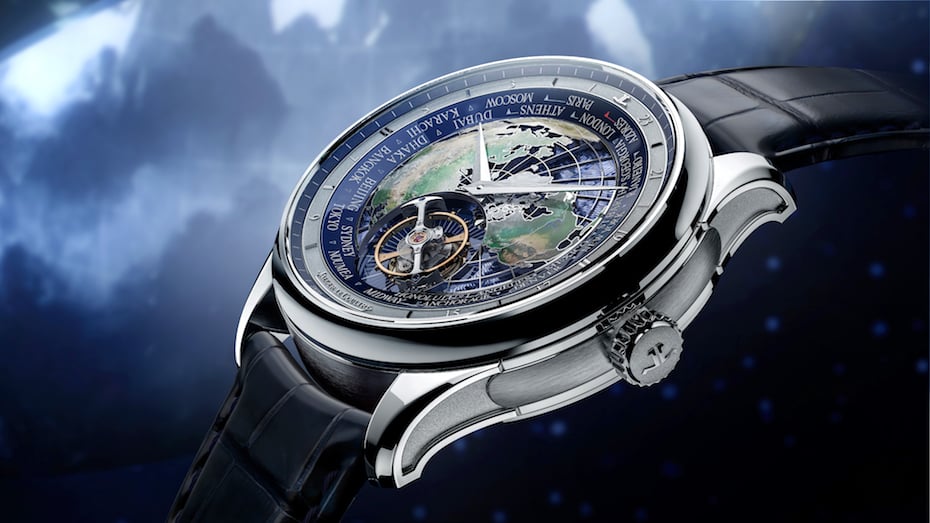 This worldtimer tourbillon is not only a technical juggernaut whose caliber 948 comprises 388 components that combine forces to create high watchmaking theatre, but is one where artistic crafts skills courtesy of its Atelier des Métiers Rares division are on full display. Intricate enamelling is used to replicate the world map, as viewed from the North Pole, which floats above the dial. The outline of the continents is cut from white gold and the timepiece indicates the time across 24 time zones. The Earth and the flying tourbillion quite nearly fly across the circumference of the dial completing a rotation every 24 hours.

Titanium is lightweight and ceramic is scratch resistant. IWC has blended the best of both worlds in a complex manufacturing process to end up with a material called Ceratanium. It has been used in the production of the case, pusher and crown of this 41mm piece. Its stealth mode is highlighted by the black dial as well as a darkened crystal on the caseback through which you can glimpse the automatic-winding calibre 69385 that has a 46-hour power reserve and supports a 12-hour chronograph. 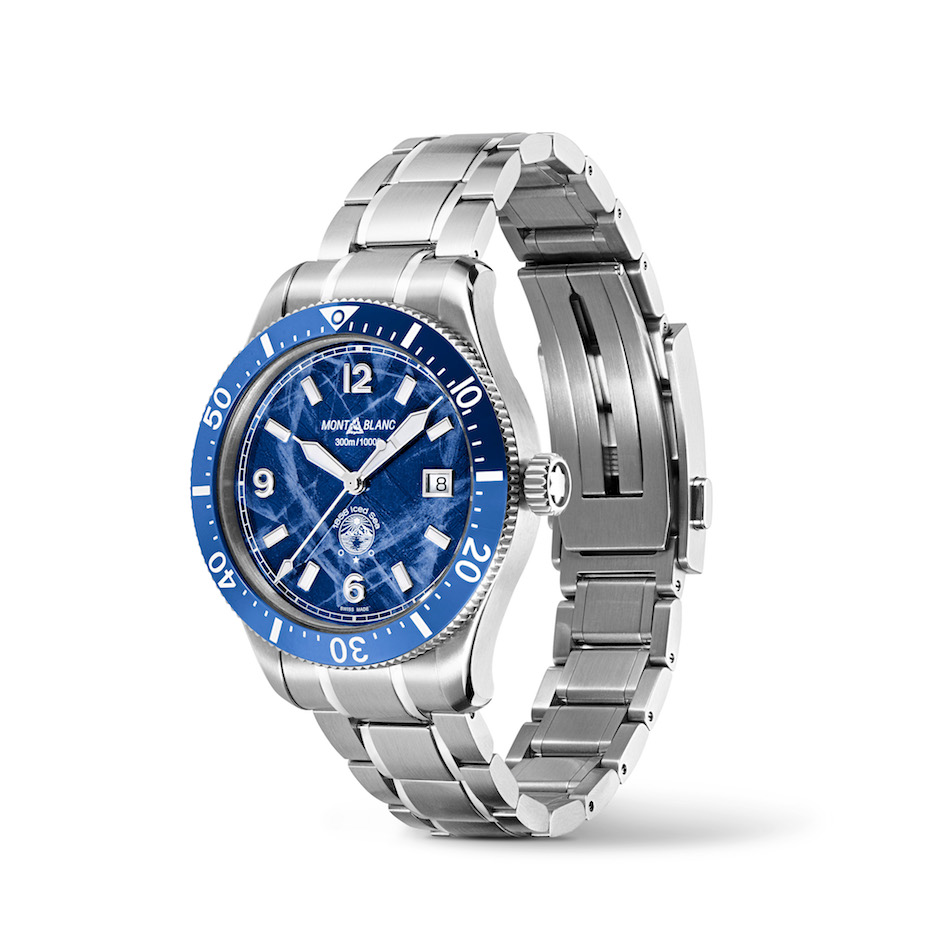 It’s the first-ever sports diving watch for Montblanc and comes just over a year after Laurent Lecamp took over the watchmaking division at Montblanc from Davide Cerrato. The lacquered dials represent ice formations in the water, and there’s an image of a scuba diver in frigid glacial water bodies on the caseback. As a proper tool watch, it is water-resistant up to 300 metres and conforms to the ISO 6425 norms for diving watches, besides having been subjected to the torturous Montblanc Laboratory 500 Hours test for durability. These pieces are somehow simultaneously ice cool and yet red hot – a Lecamp signature. 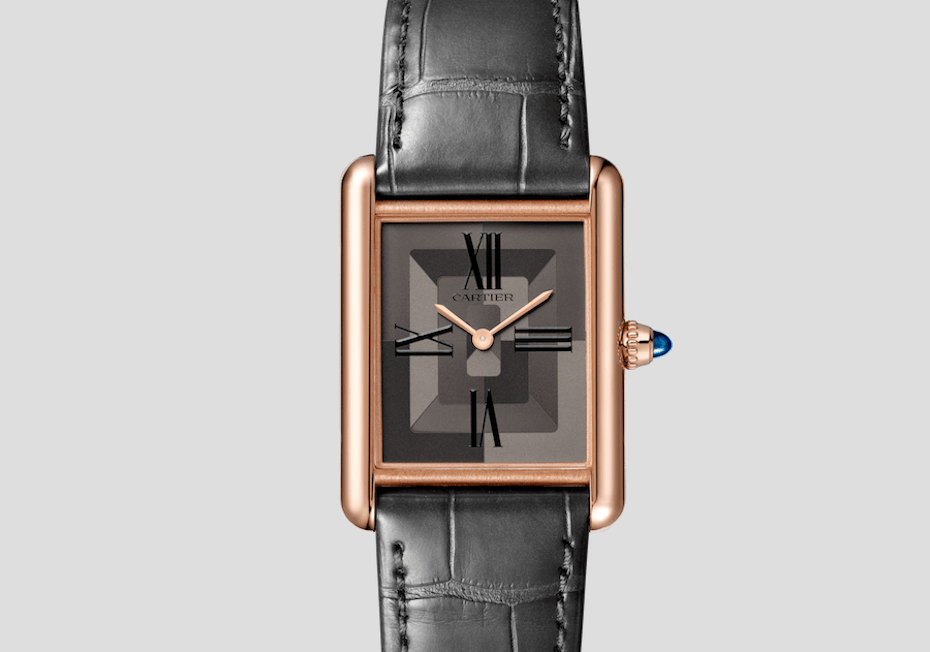 If a watch design has remained nearly unchanged for over a decade, we’d find it difficult to refer to it as anything other than a truly timeless icon. The Cartier Tank was first introduced in 1917, and it’s changed little in its overall silhouette over the last century. Yet, the latest Tank Louis Cartier is made with definitive 21st century technology not least the electrochemical engraving technique used on the anthracite grey dial and a charming manual-winding 1917MC movement with a 38-hour power reserve. The Tank, like the brand itself, proves that it is possible to age without really ageing. 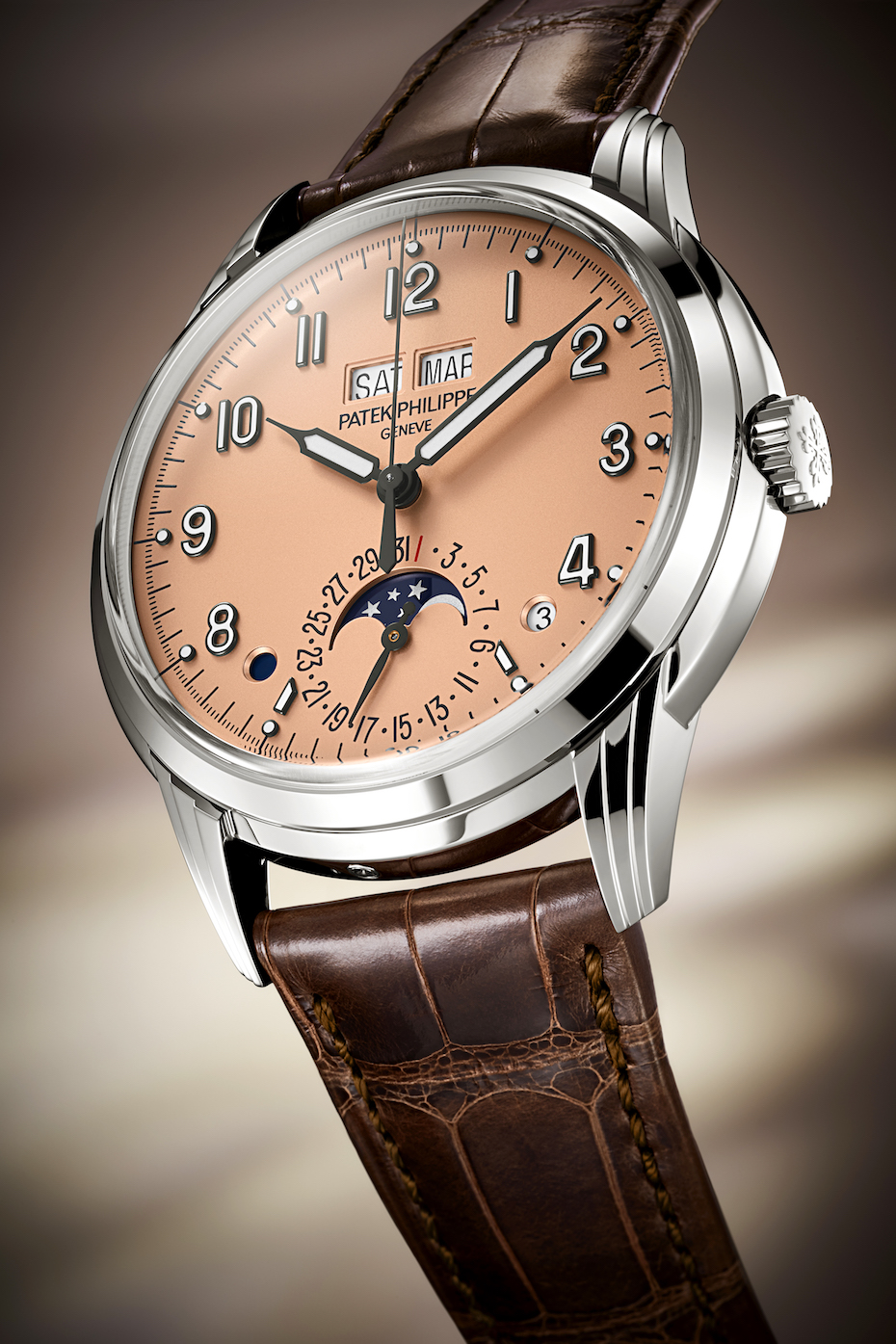 For a brand that was the first to introduce a perpetual calendar in a wristwatch as far back as 1925, Patek Philippe is today among the most pedigreed manufacturers of perpetual calendars. We first got the 5320G back in 2017 and that was offered with a cream lacquer dial. The updated model this year comes in one of the vintage collecting world’s most sought after dial colours: salmon. There’s plenty to gaze at on that salmon horizon including a moonphase, day, date, week, month and leap year indication as well as a day-night display. It’s a piece that already has collectors dizzy and is guaranteed to light up the phone lines at every major auction house in the years to come. 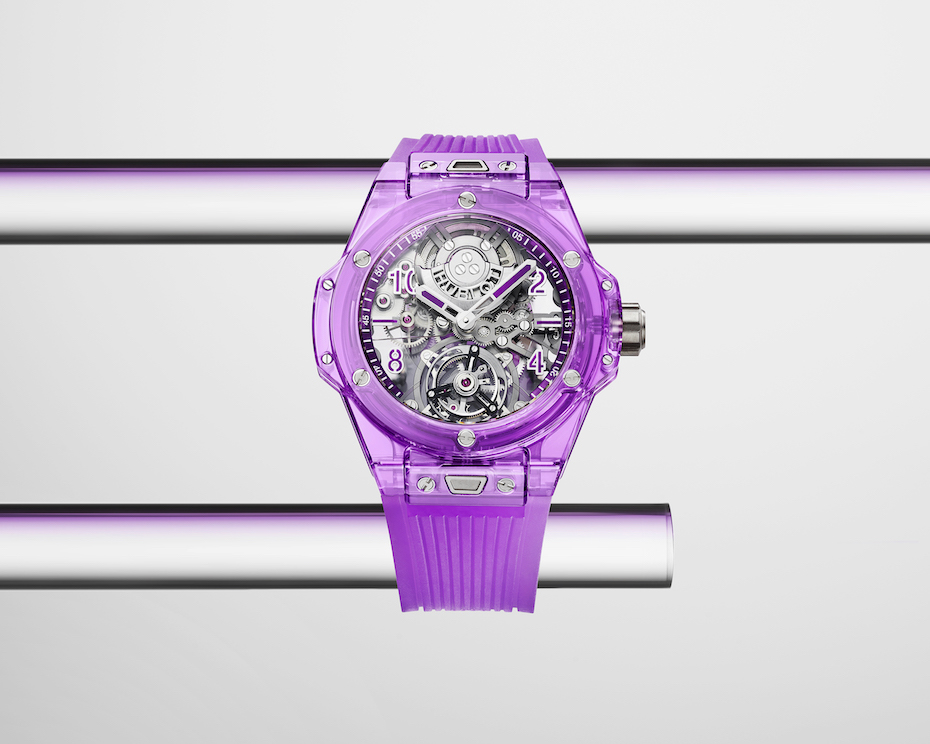 Limited to 50 pieces, this watch is an example of a mastery over the use of sapphire – an incredibly difficult material to work with in watchmaking due to the fact that it can often crack during the production process. Hublot has debuted several hues of sapphire-cased watches before – blue, orange, red, black and yellow. For the first time it has used purple, a tint that it secured by blending aluminium oxide and chrome into the synthetic sapphire. Taking the use of sapphire one step further, Hublot used three sapphire bridges within the HUB6035 manufacture automatic winding tourbillon movement that packs a three-day power reserve.