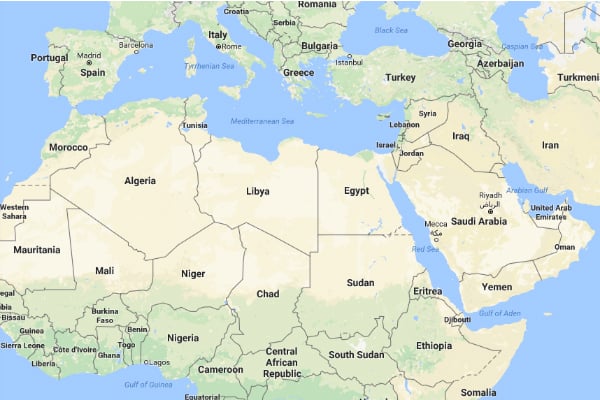 Four fifths of Americans are unable to point out the Arab world on a map, according to a survey conducted by Saudi publication Arab News and polling firm YouGov.

The Arab Image in the West poll revealed an “alarmingly” low level of awareness about the Middle East and North Africa but also a desire for media coverage of the region, the daily said.

On top of eight in 10 of the 2,057 respondents being unable to point out the Arab World on a map, more than a fifth believed Agrabah – a fictional city from Disney’s Aladdin – was a real place in the region.

Furthermore, 38 per cent of respondents would be happy with a US travel ban on citizens of Agrabah should they prove a threat.

Over three quarters of respondents said they would not consider travelling to the Arab world and 39 per cent said the whole region is too dangerous to visit.

The survey reveals a significant gap in knowledge about the Arab world in the US, according to the publication, despite eight in 10 respondents saying they follow international news.

Only 24 per cent of respondents said they tuned into news about the Arab world specifically and half of respondents believed the US media did not provide sufficient coverage of the region.

“America appears more isolationist since the advent of President Trump and yet at the same time more willing to intervene fast with military action, defying Russia with a surprise attack in Syria,” said YouGov CEO Stephan Shakespeare.

“Whatever one’s views of these situations, everyone surely hopes for increased understanding between the peoples of the world.”

However, he suggested there were some hopeful signs in the findings including the belief from 63 per cent of respondents that Arab immigrants had made efforts to integrate themselves into the US and Western societies.

Shakespeare also indicated there was a clear desire from US citizens to learn more about the Middle East, with a third of respondents saying they wanted to see more media coverage about social, cultural and scientific aspects of the region.