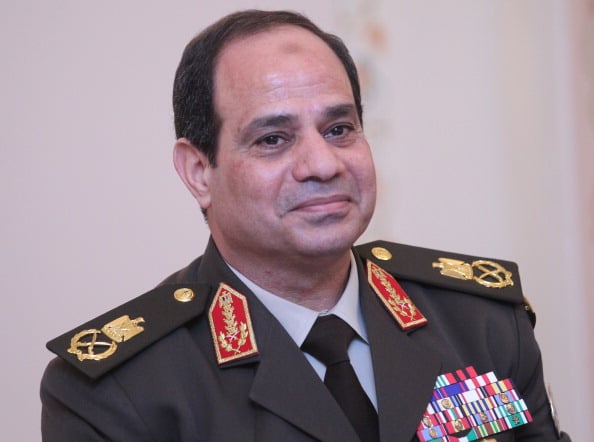 Egypt, which brokered a ceasefire between Israel and the Palestinians in Gaza after a 50-day war, used a reconstruction conference in Cairo on Sunday to call for a wider peace deal based on a 2002 Arab initiative.

Egyptian President Abdel Fattah al-Sisi opened the meeting by calling for peace and putting the biggest Arab nation’s weight behind the plan, put forward by Saudi Arabia at an Arab League summit in Beirut in 2002.

“We should turn this moment into a real starting point to achieve a peace that secures stability and flourishing and renders the dream of coexistence a reality, and this is the vision of the Arab peace initiative,” said Sisi.

The plan, rejected by Israel, offered full recognition of the Jewish state but only if it gave up all land seized in the 1967 Middle East war and agreed to a “just solution” for Palestinian refugees.

Dozens of countries are attending the meeting where the Palestinian Authority is hoping that moves by a new unity government toward assuming control in Hamas-dominated Gaza could make wealthy donor governments less wary of providing reconstruction funds.

U.S. Secretary of State John Kerry, who led an intensive peace effort that collapsed in April, will also use the conference to re-commit Washington to a two-state solution and keep the door open to negotiations, U.S. officials said.

But they offered no specifics, and the chances for restarting the peace process soon appear dim.

Kerry plans to meet Palestinian President Mahmoud Abbas in Cairo and will seek to dissuade him from “very destabilizing” diplomatic moves, one U.S. official said.

The Palestinians have threatened to seek membership in the international criminal court as a forum to accuse Israel of war crimes.

But U.S. officials made clear they were encouraged by efforts by Abbas’s government, which rules in the occupied West Bank while Hamas holds sway in Gaza, to extend authority to the strip under a unity deal with the militant group, which Israel and the United States consider a terrorist organization.

Abbas also praised the Arab initiative and said it could be the framework for a new comprehensive approach to the Palestinian-Israeli conflict.

“The international community should undertake its responsibilities by preventing the aggression, destruction, displacement and suffering of our Palestinian people and supporting our demand in ending Israel’s occupation of our land and in realizing the vision of the two-state solution and the Arab peace initiative,” he told the conference.

Nigeria startup to expand electric vehicle use in African push