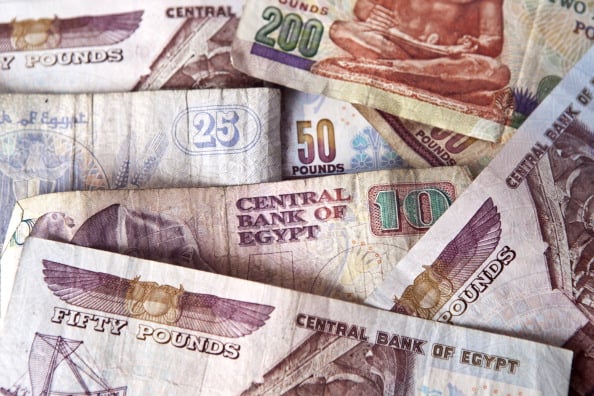 Egypt’s President Abdel Fattah al-Sisi approved a revised and tightened budget for the 2014/15 fiscal year, the Finance Ministry said on Sunday, as the first step towards a period of painful economic austerity.

The budget deficit of 240 billion Egyptian pounds ($33.57 billion) will be 10 per cent of gross domestic product (GDP), compared to an expected 12 per cent shortfall for the 2013/14 fiscal year ending on Monday, it said in a statement.

An initial budget proposal foresaw a 292 billion pound deficit for the next fiscal year, a ministry spokesman said, but Sisi rejected that last week and announced he would give up half his salary and property for the sake of the country.

His comments appeared aimed at preparing public opinion for serious austerity measures, such as subsidy reductions, to allow for deeper reforms of the ailing economy.

Last month, the Finance Ministry forecast growth of around 3.2 per cent for the coming fiscal year, too low to create enough jobs for the rapidly growing population in this country of 86 million.

Boosted by billions of dollars in aid from Gulf Arab countries after Sisi deposed Islamist president Mohamed Mursi last July, Egypt’s 2013/14 budget deficit was set to shrink from some 14 per cent the year before.

“All non-productive expenses have been trimmed down,” Finance Ministry spokesman Ayman Alkaffas said.

Asked about possible cuts in Egypt’s energy and food subsidies programme, which traditionally eats up around a quarter of state spending, he said he could not yet give a timeframe or a list of products that could be affected.

The ministry said it would hold a news conference on the budget on Monday.

Sisi, who was inaugurated as president this month, said in his speech last week that Egypt’s deficit was too large and continued borrowing would not leave “anything good” for future generations.

The turmoil of the past three years, with two presidents overthrown and hundreds of people killed in the streets, has battered the tourist industry and investment, worsening a huge unemployment problem and pushing up the budget deficit.

A simple spreadsheet model of Egypt’s public debt, created by Reuters in March, suggests it will be several years before the rising ratio of debt to GDP, which was 89.2 per cent in the fiscal year to June 2013, levels off and starts to fall.

Sisi’s firm line on the deficit, combined with his pledge to give up half his salary and property, appeared designed to set him apart from Hosni Mubarak, another former military man who was overthrown in 2011 after 30 years in power.

Mubarak’s rule was characterised by crony capitalism, stoking public discontent that helped to fuel the uprising.

But Sisi’s call for Egyptians to tighten their belts may ring hollow to the millions who already struggle with multiple low-paid jobs to make ends meet.

His statements to that effect seem to have alienated poorer Egyptians during the election campaign and deterred some on the poverty line from voting.