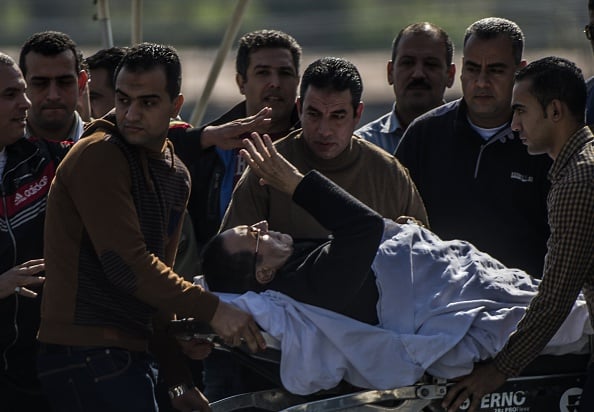 Egypt’s public prosecutor said on Tuesday he had appealed against a court decision to drop charges against former president Hosni Mubarak, his interior minister and six aides over the killing of protesters in a 2011 uprising.

Mubarak, now 86, was sentenced to life in prison in 2012 for conspiring to murder 239 demonstrators during an 18-day revolt that ended his 30-year rule, but an appeals court ordered a retrial.

Last Saturday, the court dropped its case against Mubarak, igniting angry protests in Cairo in which two people were killed. The judge in the case said criminal charges should never have been brought against the former ruler.

“A study of the reasons for the ruling (issued on Saturday) revealed legal flaws that tinged the judgment,” public prosecutor Hesham Barakat said in a statement.

Such an appeal is an integral part of the legal process in Egypt and had been expected.

The appeals court must now decide whether to accept the appeal and order a retrial or to reject it, thereby upholding the decision to drop the criminal charges against Mubarak.

If Mubarak is retried in the case, it would be for the third and final time under Egyptian law.

Many Egyptians who lived through Mubarak’s rule view it as a period of autocracy and crony capitalism. His overthrow led to Egypt’s first free election. But the winner, Mohamed Mursi, was ousted last year by then-army chief Abdel Fattah al-Sisi following protests against his rule.

Sisi, who went on to win a presidential election in May, launched a crackdown on Mursi and his Muslim Brotherhood. Authorities have jailed thousands of Brotherhood supporters and sentenced hundreds to death in mass trials that drew international criticism.

By contrast, Mubarak-era figures are steadily being freed and a series of laws curtailing political freedoms have raised fears among activists that the old leadership is regaining influence.

Two people were killed and nine were wounded on Saturday when security forces fired tear gas and birdshot to disperse about 1,000 protesters trying to enter Tahrir Square — symbolic heart of the revolt that ousted Mubarak — to protest against the verdict to drop charges against the former leader.