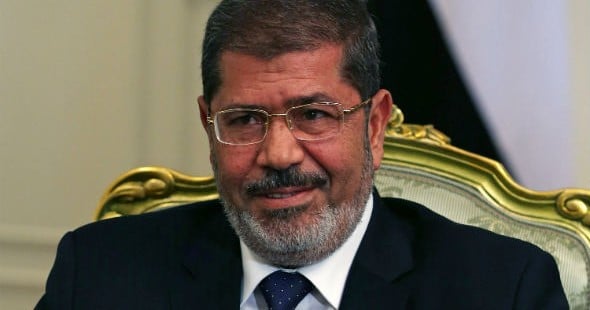 Egypt’s president Mohamed Mursi will make an official visit to the United States next year.

It will be the Islamist leader’s first visit to Washington DC since he was elected to power in June.

A spokesman who announced the news said no precise date had been set, but the trip will take place in 2013. It is unclear how much time Mursi will spend with Barack Obama.

Egypt, which has been rocked by protests in recent weeks following Mursi’s all-powerful sweeping decree – which he has since denounced – receives around $1.3 billion a year in military aid from the States, as part of the 1979 U.S. brokered peace treaty Cairo signed with Israel.

Egypt’s former president Hosni Mubarak, who was considered a close ally to the U.S., upheld a treaty with the States for 30 years until he was removed from power following a revolt in February 2011, as part of the Arab Spring.

Mursi, who belonged to the Muslim Brotherhood before taking office, has said he will honour his country’s treaty obligations, although some members of the Brotherhood are calling for the pact with Israel to be reviewed.