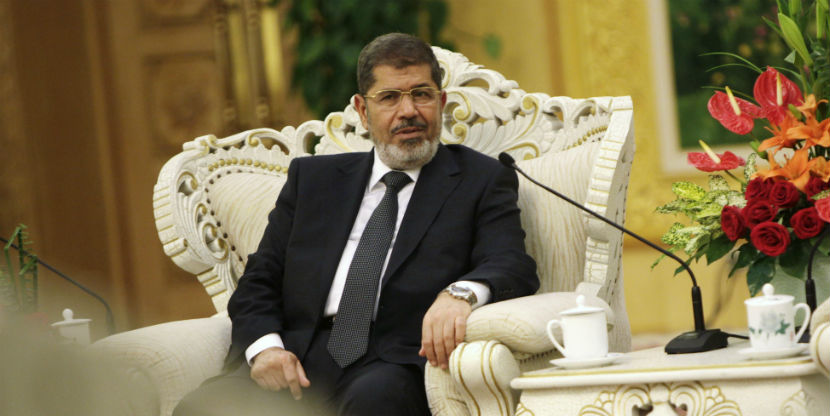 Egypt’s new prime minister Hisham Kandil is finalising an economic reform plan that will rein in hefty consumer subsidies, he said on Sunday, adding that he expected the economy to grow in the current financial year by 3 to 4 per cent, or more if investment goals are achieved.

Kandil told Reuters in a rare interview that the government aims to cut the budget deficit, now running at about 8 per cent of gross domestic product, by 1 percentage point in two years although he said that target was “dynamic”.

Egypt has been on the ropes since investors and tourists, two vital cash streams, fled after the uprising that toppled Hosni Mubarak in 2011. The revolt gave Egypt its first freely elected president, Mohamed Mursi, who appointed Kandil in July.

Once a darling of frontier market investors, with growth of about 7 per cent a year, the economy has sputtered along, growing by just 2 per cent in the financial year that ended in June.

Determined to draw in investors who want hefty cuts in fuel subsidies and other reforms, Kandil’s cabinet also has to sell economic restructuring to Egypt’s 83 million people, many in dire poverty and desperate to see the benefits of the revolt.

“For this year, we hope that we will get around 3 to 4 per cent (growth) and after that we will jump to 4, and then 4 to 5, and hopefully in a few years we will come to 7 per cent,” the 49-year-old said, adding Egypt could hit 7 per cent in four years.

The government has previously forecast growth of 4 to 4.5 per cent for 2012/13, a target the prime minister said could be achieved if the goal to secure 267 billion Egyptian pounds ($44 billion) in private and public investment was realised.

Kandil said his government was finalising its economic reform programme and the draft would be reviewed next week with Mursi, who was propelled to power by the once banned Muslim Brotherhood to become Egypt’s first civilian president.

Kandil, a technocrat and not a Brotherhood member, said the government wanted to target fuel and other subsidies and introduce a coupon or smart card system in October to ensure the poor, rather than everyone, got subsidised butane cooking gas.

There would be cuts to subsidies on 95-octane gasoline in coming months and a review of other fuel handouts, he said, while tax revenues would be boosted by casting a wider net.

“We need to look at our taxation system so it covers more people, not necessarily that we tax more,” he said. “We’ll try to get them into the formal economy, and we will do that very soon.”

These measures are all part of efforts to reduce the budget deficit by 1 percentage point in the next two years, although he said targets would depend on what the population could tolerate.

“Those targets are dynamic. We have to look at what kind of support we will get and how the people will react to these measures,” he said. “I am sure many of them will react positively, but of course we might have some difficulty so it will be a flexible thing too.”

Economists and traders welcomed Kandil’s comments – the clearest and most detailed outline of his cabinet’s programme to date – but said the test would be on whether it was implemented.

Mursi’s government has pledged to be more responsive to the public, many of whom rose up against Mubarak to demand both political freedoms and an end to economic policies they said lined the pockets of the rich at the expense of the poor.

The premier, who grew up in a middle class area of Cairo in a two-bedroom apartment where he still lives, said Mursi’s review would be followed by a public consultation.

“Hopefully by the beginning of October we will open this for discussion. That also stands true for the IMF programme,” he said, repeatedly referring to the programme as “homegrown”, mindful of public concerns that the IMF will impose tough terms.

Egypt has requested a $4.8 billion loan from the International Monetary Fund, part of a bid by the government to shore up its finances after foreign reserves plunged to about $15 billion, less than half what they were before the revolt.

Responding to investor concerns that the Egyptian pound is overvalued, Kandil said the central bank was managing the currency in a flexible way but said investors should not delay.

“So investors should not wait for the pound to devalue. This is not going to happen soon. So now is the right time to get into the market,” Kandil said, echoing comments made by the president to Reuters last month when he ruled out a devaluation.

The premier gave the interview after speaking to executives from nearly 50 U.S. companies at a forum in Cairo, one of the biggest such business delegations to visit since the uprising. Some said they were upbeat about Egypt, but one – echoing several others – said it was still a matter of “wait and see.”

One cabinet idea is to attract private investment in power generation to plug a deficit that led to electricity cuts in the peak summer period. Private plants could sell directly to the private sector using the national grid for a fee, Kandil said.

As well as seeking private investment and IMF support – a deal which Kandil said could be in place within two months – Egypt is pushing for aid from other institutions, wealthy Gulf Arabs and the United States and other Western state.

The government was in talks with the World Bank and African Development Bank (AfDB) for each to provide about $500 million in support for the budget, said Kandil, who worked for the AfDB before becoming irrigation minister in the previous cabinet. He added that those loans would come after an IMF deal.

Saudi Arabia and Qatar have already pledged billions of dollars to support Egypt, including budgetary support, while Kandil said Kuwait had made a “reconnaissance visit” and a delegation of Kuwaiti officials and executives would return to Egypt on Thursday.

Asked about any talks with the United Arab Emirates, he said he was working to end a business dispute with a UAE investor.

Washington is proposing $1 billion in debt relief and is also in talks to offer $500 million in mostly budgetary support.