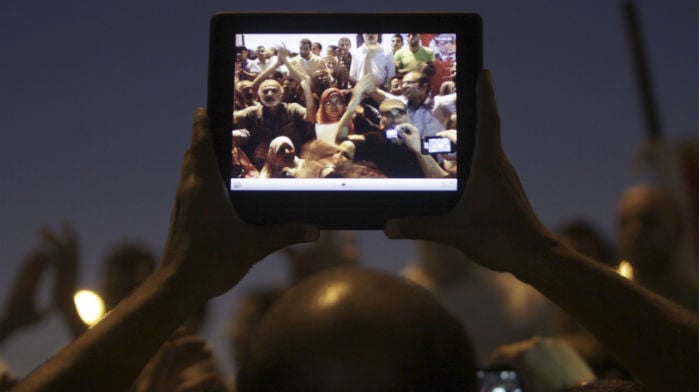 IT and telecom companies in Egypt will aim to absorb 20,000 new hires in 2013, a senior Egyptian minister has said.

“This year, we saw around 10,000 new hires. Next year I’m targeting 20,000 hires in the IT and telecoms industry,” Hany Mahmoud, Egypt’s Communications and IT minister told Gulf Business.

According to Mahmoud, the country’s IT sector saw double digit growth rates of between 15 and 17 per cent during the last few years before the revolution in 2011.

“At that time mobile companies were really booming and there was introduction of the internet. So we had a lot of development and it even exceeded 20 per cent at certain stages,” he said.

“After the revolution, there is some slowdown in everything in Egypt, but our industry is still growing between seven to nine per cent per cent from last year,” he added.

The country’s IT strategy going ahead is divided into two main areas, he said.

“First, we are going to have a big focus on promoting Egypt as an outsourcing hub for the region. Egypt has everything required to become an offshore hub. Last year, an AT Kearney report ranked us number four in terms of ability to be an outsourcing hub, because of our talent pool and location,” he said.

The push on outsourcing will also add several jobs to the market, added Mahmoud. The second focus will be on building future infrastructure for technology and will include four main elements.

“Firstly, we are working on a national broadband strategy. That is required for using new technology like cloud computing and open sources.

“Secondly, we need content. We can have best infrastructure in the world, but people will not use the internet if there’s no content. Also, if we have only English content, it will never boom in Egypt or the Middle East, so we need quality Arabic content,” he said.

The third element is the availability of low cost devices like laptops and tablets so that technology is more accessible to everyone, and the fourth is building the human capacity by training and preparing next generation, added Mahmoud.

But while the government’s objectives are in place, are international companies and investors confident to enter Egypt’s market considering the continued political uncertainty?

“There should be confidence,” said Mahmoud. “What we have now is an elected president, which is a big milestone for Egypt and we are working on our constitution and within the next couple of months the constitution will be ready for referendum and then we will have parliamentary elections and then we are there.

“Of course after any revolution you will have some turbulence in any country – it is expected – but day after day things calming down. We feel like the future is good,” he said.

“I think before the end of 2012, we will prove to everybody that Egypt is stable, it’s a safe place to invest in and we will welcome everyone to come and start their own businesses especially outsourcing and offshoring,” he added.

Mahmoud is positive that before the end of 2013, the growth rate of the IT and communications sector will again hit double digits.

“I am very optimistic about it. The revolution on January 25 was necessary and everyday we feel really lucky that we had it, but we need to get out of the transition and move on,” he said.

Bausch Health to sell Amoun unit to ADQ for $740m