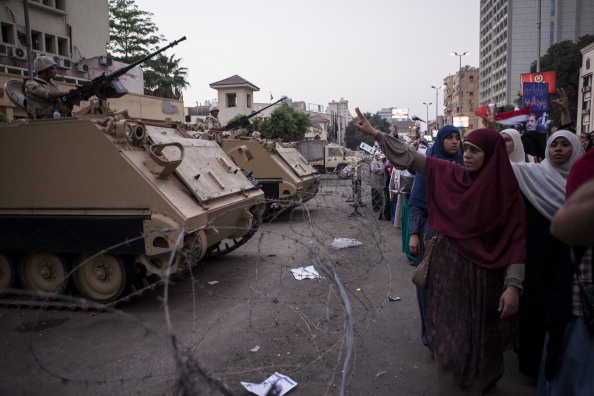 At the biggest camp in northeast Cairo, security forces fired tear gas as police helicopters circled above and army vehicles were stationed nearby.

The state news agency said security forces had started implementing a phased plan to disperse the protesters, which is almost certain to deepen political turmoil in Egypt.

Eyewitness Ahshur Abid said 15 people were killed as the clearing operation started. He said he saw their bodies at a field hospital at one of the camps.

There was no immediate official confirmation of the deaths.

More than 300 people have already died in political violence since the army overthrew Mursi on July 3, including dozens of his supporters killed by security forces in two separate earlier incidents.