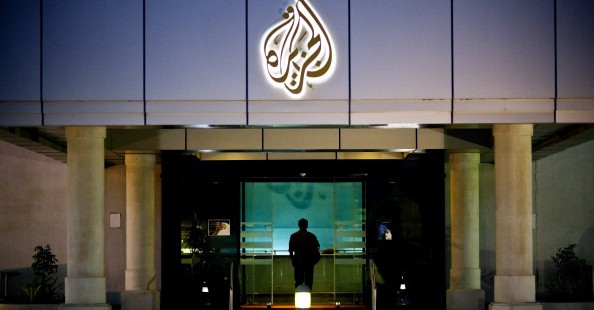 Four Qatari police officers were among those arrested, Al-Ahram said.

It was not immediately possible to verify that the offices raided were linked to the Qatari channel.

Al Jazeera’s offices in Cairo have been closed since July 3, when they were raided by security forces hours after Mursi was toppled, although the channel, broadcast from Qatar, can still be seen in Egypt.

Al-Ahram quoted security officials saying that they searched the office after receiving reports that firearms were inside. No arms were found during the search.

The Gulf emirate was a strong financial backer of Muslim Brotherhood rule and vehemently opposes the army’s overthrow of Mursi and the ensuing bloody crackdown on his movement.