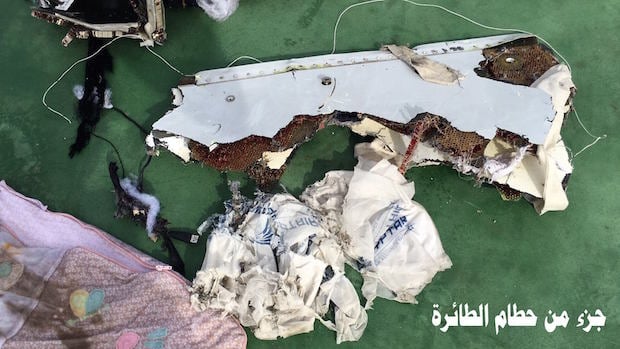 Egypt deployed a submarine on Sunday to hunt for the EgyptAir plane that crashed in deep Mediterranean waters, President Abdel-Fattah al-Sisi said, warning investigations into the disaster would take time.

In his first public remarks on Thursday’s crash of the Airbus 320 jet, which killed all 66 people on board, Sisi also said all possible scenarios were still being considered and cautioned against rushing to conclusions.

“Search equipment has moved today from the oil ministry, they have a submarine that can reach 3,000 metres under water,” he told assembled ministers and members of parliament at the opening of a fertiliser plant in the port city of Damietta.

“It moved today in the direction of the plane crash site because we are working hard to salvage the black boxes”.

Egypt has said its navy has so far found human remains, wreckage and the personal belongings of passengers floating in the Mediterranean about 290 km (180 miles) north of Alexandria, but is still searching for the plane’s two black box recorders that could provide valuable evidence on the cause of the crash.

Waters in the area of the Mediterranean under search could be 3,000 metres deep, which would place the black box locator beacons on the edge of their detectable range from the surface.

Shortly before it disappeared off radar screens, the plane sent a series of warnings indicating that smoke had been detected on board, French investigators said on Saturday.

The signals did not indicate what caused the smoke or fire but they offered the first clues as to what unfolded in the moments before the crash.

“Until now all scenarios are possible. So please, it is very important that we do not talk and say there is a specific scenario,” Sisi said.

“This could take a long time but no one can hide these things. As soon as the results are out people will be informed.”