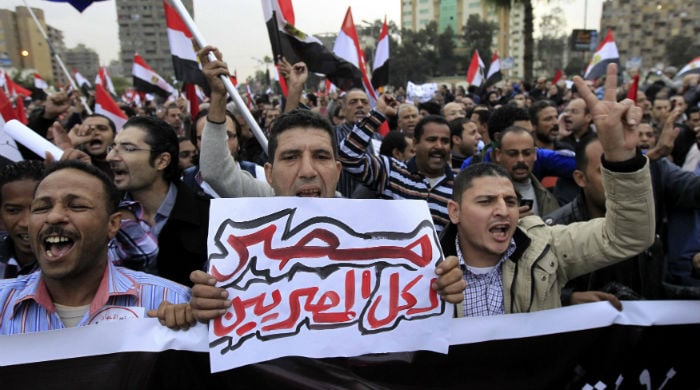 Egypt has slid in a global league table of perceived official corruption in the past year, and the “Arab Spring” revolutions have yet to produce serious anti-graft action across the region, Transparency International said on Wednesday.

In its annual Corruption Perceptions Index, the anti-graft organisation said Egypt had fallen six places to 118th out of 176 countries as levels of bribery, abuse of power and secret dealings remain high in the Arab world’s most populous nation.

“We know that frustration about corruption brought people out onto the streets in the Arab world,” Christoph Wilcke, Transparency International director for the Middle East and North Africa, told Reuters.

“We’ve observed that in countries where substantial change occurred they’re still struggling to put in place new systems of governance. That’s reflected in these scores. The hope hasn’t materialised yet in more serious anti-corruption programmes.”

The public sector league table from the Berlin-based group – on which the higher the ranking, the cleaner a country is – produced a mixed picture for nations swept up in last year’s unrest.

Tunisia slipped two places to 75th while Morocco, which experienced less turmoil, fell eight spots to 88th. Syria, which is engulfed in a civil war, tumbled 15 places to 144th but Libya managed an improvement from a very low base, rising to 160th from 168th.

Overall, Denmark, Finland and New Zealand were in a first-place tie with scores of 90 on a new scale where 100 stands for most clean and 0 for most corrupt. Somalia, North Korea and Afghanistan shared last place.

Egypt was in a five-way tie with the Dominican Republic, Ecuador, Indonesia and Madagascar with a score of 32.

Corruption ranging from the petty to the grand scale was one of the main grievances that toppled Mubarak. However, hopes that the problem would ease remain far away as people waiting for paperwork complain that low-level graft has become even worse since the uprising because of lax law enforcement.

Mursi has talked of sweeping out corrupt elements in the state and among those doing business with the government. However, many businesses have been rattled by his remarks, fearing it will mean replacing one elite with another or challenging deals that were agreed in good faith by investors with Mubarak’s government.

However, some executives say there are at least a few signs that corruption has become a little less blatant in some areas of business, partly because of a new sense of accountability that has come with Egypt’s still incomplete democratic transformation.

Wilcke said that Mursi has made a number of speeches in which he said fighting corruption was a top priority. “But as far as we can tell, very little has happened on the ground in making this a reality, as far as putting in place systems that we know work to prevent corruption,” he said. “Strengthening the independence of the judiciary is just one of them.”

Wilcke said good work in countries that fight corruption can lead to an initial drop in their ranking because the public is made more aware of graft.

“I would say Egypt has made big promises and taken some small tentative steps,” he said. “Anyone who witnessed the transition would agree they are extraordinarily difficult. It’s not possible to change things over night.”

Mursi is waging a high-stakes battle with Egypt’s judges, many of them foes of his supporters in the Muslim Brotherhood, which is bent on purging a judiciary seen as tainted by Mubarak appointees.