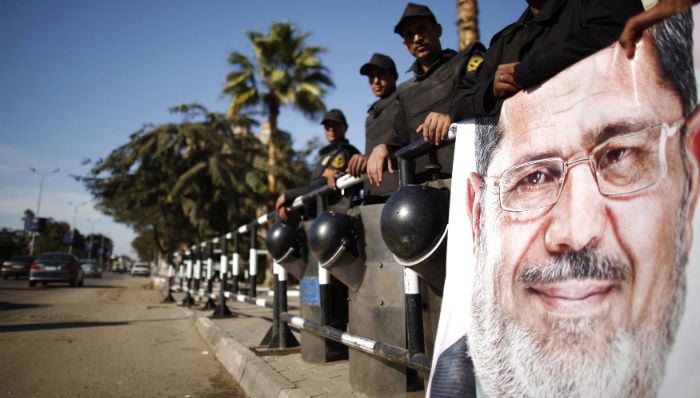 Egypt has banned travellers from carrying more than $10,000 in foreign currency in or out of the country, as officials worry over pressure on its pound currency and a rush by Egyptians to withdraw their savings from banks.

Political turmoil over the past month has raised fears among ordinary citizens and investors that the government – which has pushed back talks to seal IMF funding till January – may not be able to get its fragile finances under control.

The central bank has spent more than $20 billion of its foreign reserves to support the pound since the popular uprising that toppled Hosni Mubarak in early 2011. It now has only $15 billion, equal to only about three months of imports cover.

The uprising drove away tourists and foreign investors alike, freezing growth, pushing the state budget deficit into double digits as a percentage of national output and worsening its balance of payments.

On Monday, Standard & Poors’ cut Egypt’s long-term credit rating and said another downgrade was possible if deepening political turbulence undermined efforts to prop up the economy and public finances.

Presidential spokesman Yasser Ali on Tuesday confirmed the new government currency restriction, which includes U.S. dollars or their equivalent in other foreign currencies. The decision also forbids sending cash through the mail.

The decision prohibits all travellers from “bringing foreign currency into the country or carrying it out to only $10,000”.

Any funds over $10,000 must be transferred electronically, Ali added.

Previously, travellers were simply required to declare any amounts above $10,000 to authorities on their way in or out.

The central bank has already limited Egyptians from transferring more than a cumulative $100,000 out of the country since the uprising nearly two years ago unless they can demonstrate a pressing need for the funds.

Many wealthier Egyptians have reached their limit and are no longer able to send funds abroad.

The crisis has complicated a $4.8 billion loan the government is seeking from the International Monetary Fund.

The IMF had been due to approve the loan on Dec. 19, but the government asked for a delay after it cancelled a series of unpopular austerity measures deemed essential for its approval.

Bankers said depositors had been withdrawing greater amounts of cash from their accounts since President Mohamed Mursi issued a constitutional declaration last month that expanded his powers and threw the country into political crisis.

The constitutional declaration has led to occasional street battles between supporters and opponents of Mursi.

“Since the clashes on Nov. 28 and after the announcement that the IMF loan was delayed for a month some dollarisation started to take place, mainly through cash transactions,” said an official at the treasury of a Cairo-based bank.

Depositors have also been spooked by an unexpected weakening of the Egyptian pound, which the central bank has allowed to fall by about one per cent over the last month, he added.

Seeking to quell what it called these “public rumours”, the central bank on Monday said it was taking all steps needed to safeguard deposits in Egyptian banks whether denominated in local or foreign currencies.

Ayman Osama, father of two young children, said he withdrew the equivalent of $16,000 from his account this week and planned to withdraw more in the coming days.

“I have been hearing that the central bank is going to take over all our bank deposits to pay wages for government employees given the current deteriorating economic situation,” he said. “I am not going to put any more money in the bank and neither will many of the people I know.”

One Egyptian who wanted to buy $10,000 last week said he had to go to many currency exchange shops before he could find sufficient dollars because most shops had run out.

Bankers said the rush had left banks and money changers short of dollars, but that more bank notes had been ordered from abroad.

“We are having a shortage of dollars these last few days. It therefore may be difficult to pull out money. But the shortage should be solved in a week,” an official at one Cairo bank told Reuters.

In a note published last week, EFG Hermes economist Mohamed Abu Basha lowered his forecast for the currency to 6.60 pounds to the U.S. dollar by the end of 2013 from an earlier forecast of 6.40 pounds.

“An extensive delay in the IMF deal will definitely lead to disorderly devaluation, which is likely to take the USD-EGP up to 7.0 pounds, where dollarisation would be the crack to the system,” Abu Basha wrote.