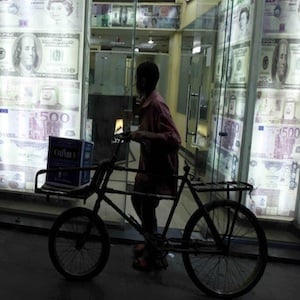 Egypt expects to sign a $3.2 billion loan agreement with the International Monetary Fund (IMF) next month and will receive one-third of the funds immediately upon signing, Finance Minister Mumtaz al-Saeed was quoted on Sunday as saying.

The loan accord would be signed during a visit to Egypt in March by IMF regional director Masood Ahmed, al-Ahram newspaper quoted him as saying. Egypt would receive another one-third of the loan in three months and the final one-third in six months.

The loan, which has a interest rate of 1.2 percent, would be used to support the 2012/13 budget and to compensate for the depletion of Egypt’s foreign reserves, al-Ahram quoted Saeed as saying.

Saeed told Reuters by telephone that the contents of the al-Ahram article were accurate, but declined to give further details.

Egypt last month began negotiating the $3.2 billion package to plug widening budget and balance of payments deficits widened by the economic and political turmoil of the past year. Egypt said it wanted to seal an accord within weeks.

The IMF has said Egypt would have to line up substantial commitments from international donors before it would agree to any financial package. Economists estimate that Egypt needs about $10-12 billion in external funding over the next year and a half.

Al-Ahram quoted Saeed as saying Egypt was negotiating with the World Bank for another $1 billion, but that the fate of economic aid promised by several Gulf states was still not clear.

Any loan agreement would have to be subsequently approved by the IMF’s board of directors, the IMF has said.