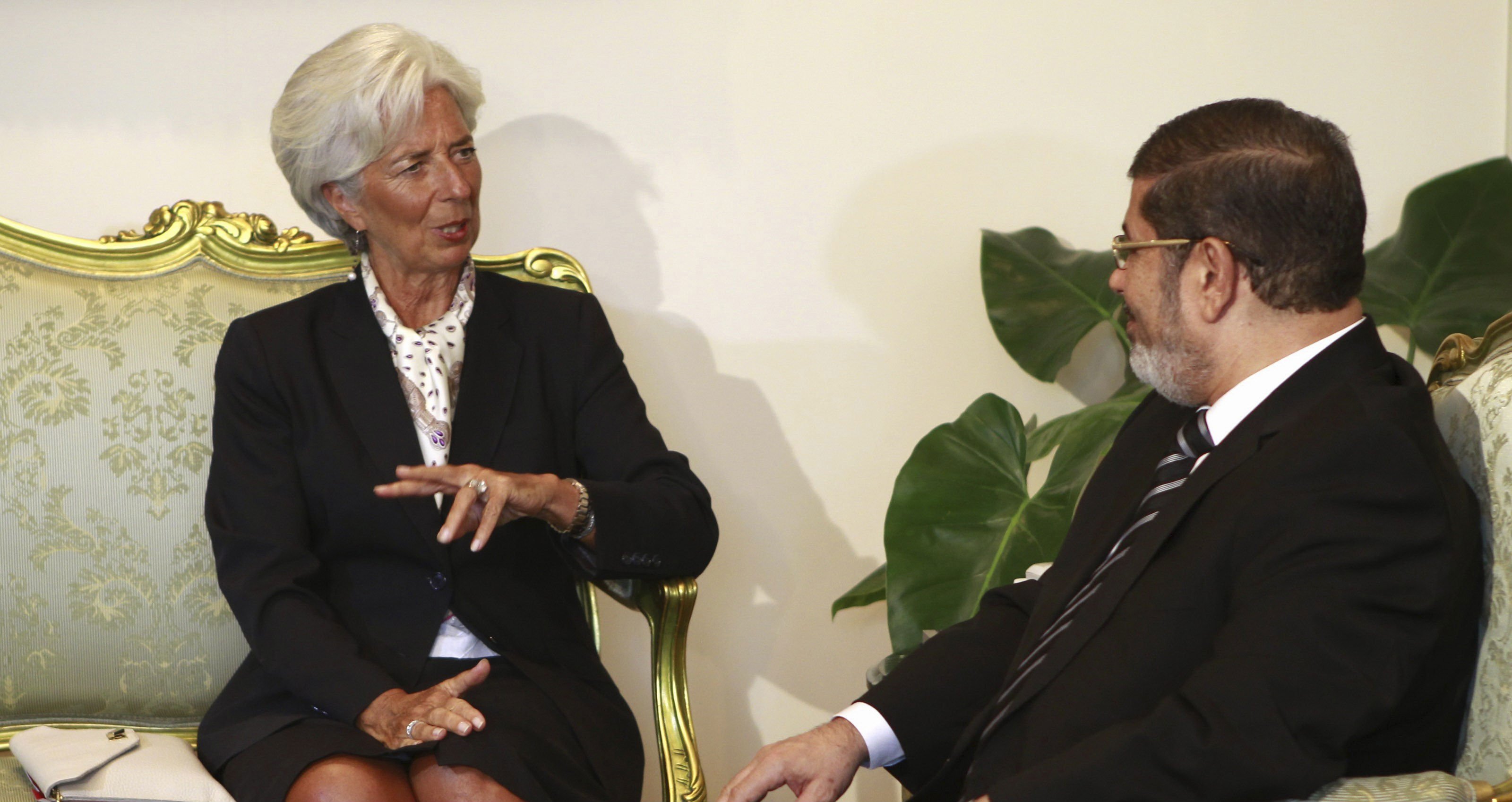 Egypt has formally requested a $4.8 billion loan from the International Monetary Fund, a spokesman for its president said on Wednesday during a visit to Cairo by IMF chief Christine Lagarde to discuss support for the country’s ailing economy.

Egypt’s finance minister said last week Cairo would discuss the possibility of the bigger-than-expected loan from the fund. Egypt’s previous government had requested a $3.2 billion package but the deal was not finalised.

Lagarde’s presence was requested by Egypt and could signal a fresh determination on both sides to seal a long-awaited accord after President Mohamed Mursi, who took office on June 30, appointed his first government last month.

“We have officially requested a $4.8 billion loan from the IMF and talks are currently going on inside about the request,” spokesman Yasser Ali told Reuters as Lagarde held discussions with Mursi. He said any details would be announced later.

An IMF official also confirmed the request had been made.

During 18 months of political turmoil since the overthrow of autocratic leader Hosni Mubarak, successive Egyptian governments negotiated with the IMF to secure emergency funding.

No deal has been reached and Egypt’s fiscal and balance of payment problems have worsened. An exodus of foreign investors in the wake of the turmoil left local banks shouldering much of the short-term and other lending to the state. The government has also borrowed directly from the central bank.

Foreign reserves have fallen to well under half levels seen before last year’s popular uprising against Mubarak and investors’ reluctance to return is born partly of fears that a sharp currency devaluation could wipe out any returns.