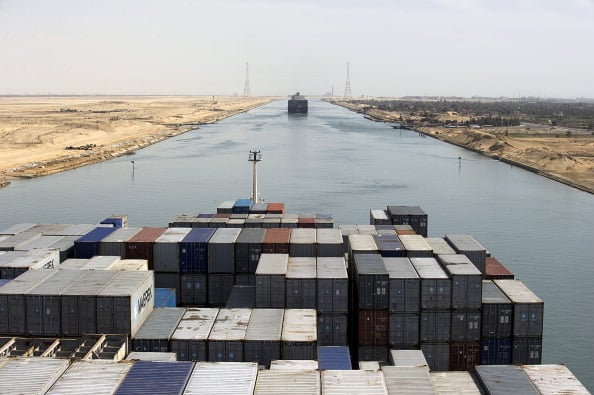 Egypt is planning to build a new Suez Canal alongside the near-145 year-old historic waterway in a multi-billion dollar project aimed at expanding trade along the fastest shipping route between Europe and Asia.

“This giant project will be the creation of a new Suez Canal parallel to the current channel of a total length of 72 kilometres (44.74 miles),” Mohab Mamish, chairman of the Suez Canal Authority, told a conference in Ismailia, a port town on the Canal. His comments were broadcast by state television.

The current Suez Canal brings in around $5 billion of revenues per year, a vital source of hard currency for Egypt which has suffered a slump in tourism and foreign investment since its 2011 uprising.

To attract more ships and generate more income, the country has had plans to develop 76,000 square kilometres (29,000 square miles) around the canal for years.

Mamish spoke at a conference in which President Abdel Fattah al-Sisi is expected to announce a winning consortium to develop the project, which includes building an international industrial and logistics hub in the Suez Canal area.