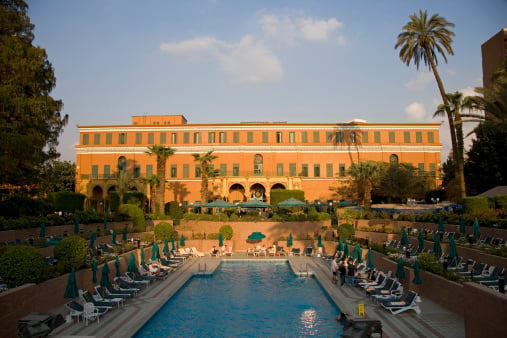 The Middle East and Africa region is often the shining light in hospitality with figures invariably spiking across the board.

So hot on the heels of IHG’s results (click here), it’s interesting to read that Marriott’s Middle East and Africa Q3 RevPAR dropped three per cent and occupancies fell seven per cent, despite average daily rates rising 13 per cent.

Marriott International’s results have been impacted by its exposure to Egypt, where it operates eight hotels across four brands.

Alex Kyriakidis, president and managing director of Marriott International, Middle East and Africa, said the country remains a “difficult market”, although the overall picture regionally and internationally is more positive, with global net income up 12 per cent.

The Renaissance Dubai Downtown Hotel is scheduled to open in 2015, but with an established presence across the Gulf, the operator is turning its attention more to Africa. Alongside three new hotels in Ethiopia, Ghana and Rwanda, it is planning to reopen the JW Marriott Hotel Tripoli after it closed in the wake of the anti-Gaddafi uprising.

The new openings bring the total number of announced properties in the African portfolio to 22 hotels in nine different countries by 2018. “MEA remains a big growth market for us and we are wholly committed to expanding our footprint across the network,” said Kyriakidis.