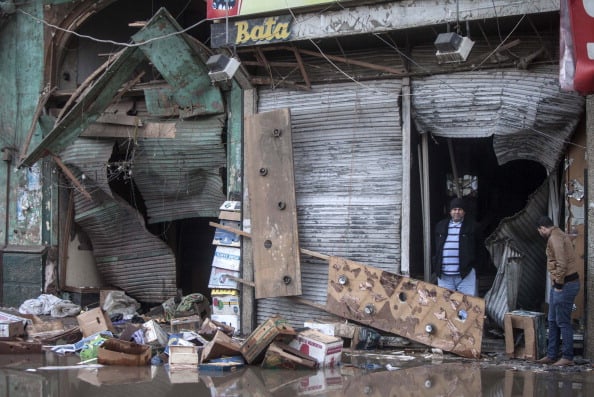 Egypt’s military-backed interim government designated the Muslim Brotherhood a terrorist group, in an escalation that may bring a harsher crackdown.

“It’s not possible for the state or the people of Egypt to submit to the terrorism of the Muslim Brotherhood,” he said. “The group has exceeded all limits in yesterday’s crime in Mansoura.”

The move came after after a car bomb ripped through a security headquarters in the Nile Delta city of Mansoura, killing at least 16 people. The Brotherhood said it condemns the attack. Since the military pushed Islamist president Mohamed Mursi, who hails from the Brotherhood, from power in a July coup, security forces have rounded up and prosecuted Brotherhood leaders and thousands of followers and killed hundreds of supporters.

“The move is an escalation that gives authorities more power to a now-justified crackdown on the group” said Ziad Akl, a senior researcher at the Ahram Center for Political and Strategic Studies in Cairo. “It also gives the government a further push to isolate the movement ahead of the constitutional referendum.”

Next month, Egypt is scheduled to hold a referendum on a new constitution, meant to pave the way for parliamentary and presidential elections.