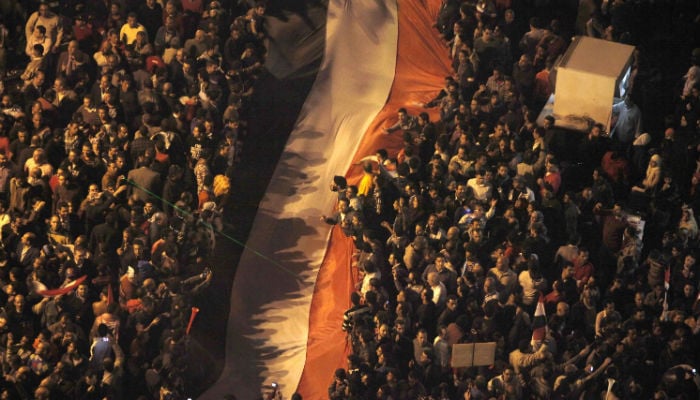 Egypt’s Supreme Constitutional Court accused President Mohamed Mursi on Wednesday of taking part in a campaign against the court, heightening tensions between the Islamist leader and parts of the judiciary.

Mursi has angered much of the judiciary with a decree that extends his powers and puts his decisions beyond legal review. In a speech on Friday, the president praised the judiciary as a whole but said there were corrupt elements, which he would weed out.

The Constitutional Court, before which Mursi swore his oath of office, declared the Islamist-led parliament void earlier this year, leading to the assembly’s dissolution.

“The really sad thing that has pained the members of this court is when the president of the republic joined, in a painful surprise, the campaign of continuous attack on the Constitutional Court,” said the court’s spokesman, Maher Samy.

Samy said Mursi had accused the court in a speech on Friday of leaking verdicts before the formal announcement. Mursi did not mention the court by name but said it was “strange” when people learned of rulings before they are issued.

Speaking in a news conference, he dismissed critics’ accusations that the court is stuffed with officials loyal to Hosni Mubarak’s ousted regime or judges with a political agenda.

“It wasn’t true or honest to claim that the judges of the Constitutional Court are chosen from among those who have a specific political direction or are the previous regime’s allies,” Samy said.

“The court won’t be terrorised by threats or blackmail and will not submit to any pressure on it in any direction.”