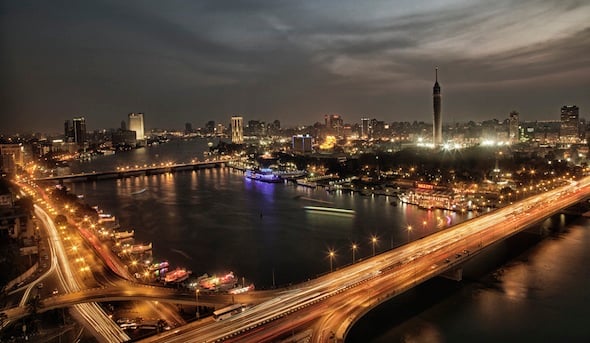 Egypt has asked the International Monetary Fund for financial assistance to shore up investor confidence in the economy as authorities work to offset the impact of the coronavirus pandemic.

Talks with the Washington-based lender are in “an advanced stage” and involve the use of the IMF’s Rapid Financing Instrument (RFI) and a Stand-By Arrangement, Egypt’s cabinet said Sunday in a statement.

These lending tools offer rapid and flexible funding without the strings of a full programme, according to the IMF website.

The emergency financing under the RFI will allow the Egyptian government to “address any immediate balance of payments needs and support the most affected sectors and vulnerable groups of people,” the IMF said in a statement.

The lender said it expects the request for the RFI to be presented to the IMF’s Executive Board “within the next few weeks.”

The IMF is also working with the Egyptian government to “support its strong set of macroeconomic policies through an SBA,” the lender said.

The government wants to “preserve the gains of the economic reform programme and to take proactive steps” since it’s still unclear how the virus pandemic will play out, Prime Minister Mostafa Madbouly said earlier in a televised briefing.

Authorities were in talks with the IMF over a technical programme but after the virus outbreak they saw that a deal could now include financial assistance, Madbouly said.

Egypt, which has boasted one of the highest economic growth rates in the region, last year wrapped up a $12bn, three-year IMF program launched to rekindle investor interest after the 2011 uprising that ousted President Hosni Mubarak. The reform programme, which won praise from the fund, helped the nation realise annual GDP growth of about 6 per cent.

The virus pandemic, though, has forced authorities to lower their growth projections for the current fiscal year to 4.2 per cent from 5.6 per cent. Authorities see expansion sliding to 3.5 per cent in the next fiscal year that begins in July if the pandemic continues through the end of 2020.

The aim of the new programme is to “preserve the gains that the Egyptian economy has achieved and to keep the market confidence in our economy during this global crisis,” Finance Minister Mohamed Maait said at the news conference.

Egypt has reported 4,319 cases of the coronavirus, including 307 deaths.

The “comprehensive package of financial support, if approved, would help strengthen confidence in the Egyptian economy, make further progress to protect the most vulnerable and provide the basis for a strong economic recovery,” the IMF said.