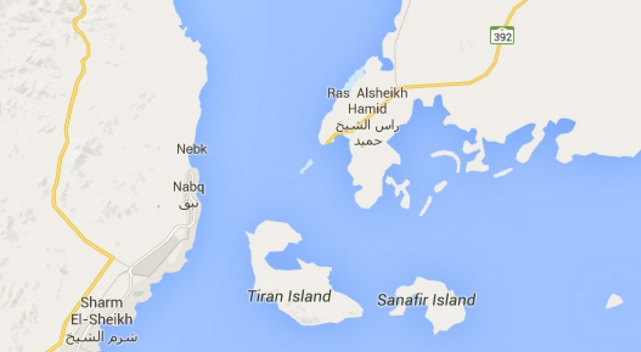 Egypt’s cabinet has decided to hand over the disputed islands of Tiran and Sanafir to Saudi Arabia, it was announced over the weekend.

The decision, which came during the visit of Saudi Arabian ruler King Salman to the country, has been submitted to the Egyptian parliament for ratification.

Territorial disputes over the uninhabited islands began in 2010 when the two countries delineated their sea border for the first time.

Cairo and Riyadh spent the next five years claiming ownership of the islands before finally agreeing in December 2015 that they were within Saudi territorial waters.

The islands are considered of strategic importance as they lie on a major sea route to Jordanian and Israeli ports at Aqaba and Eilat.

They are also close to one of the rumoured locations for a bridge linking Saudi and Egypt announced on the second day of King Salman’s visit.

The exact location of the bridge was not disclosed, but the closest points between the two countries are at Nabq, to the north west of the islands, and Ras Alsheikh Hamid in Saudi Arabia, where the distance is 16 kilometres.

The settlement of the dispute could even raise the possibility of a route linking the two countries across Tiran Island.

Proposals for a bridge linking the two nations have been made before, but never materialised.

Previous estimates for the cost of such a project have been set at around $3-4bn, but no information has be given regarding the expected cost of the new plan.