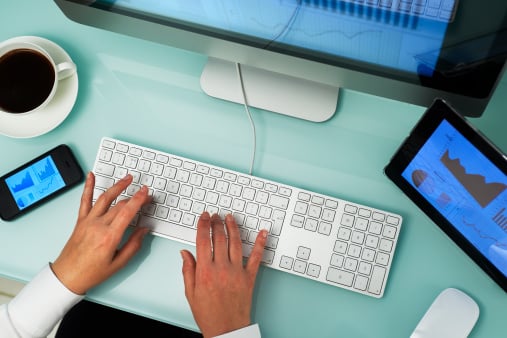 Edge computing is one of the most important trends in the technology industry. And it should be top of mind for business and government leaders as well. Edge computing is bringing about a radical shift in how organisations go digital, and how they engage with their customers. And this trend is being driven by the Internet of Things, by the idea of making devices such as air conditioners and fridges, ‘smart’ by embedding sensors that transmit information back and forth.

While the notion of a smart home may still seem far off, many of the electronic devices we have in our houses are already using the internet to process data. The same is true of our offices and factories. Right now, companies are generating about 10 per cent of their data outside a traditional data centre or cloud. But within the next six years, that will increase to 75 per cent, according to Gartner.

Why does edge matter?

It changes where data is sent and how quickly it is analysed. Edge computing takes place at or near the source of the data, instead of relying on the cloud at one of a dozen data centres to do all the work. The cloud won’t disappear. Rather, edge enables computing to move closer to the source of the data, namely you. The shorter distance means that costs to transmit data are less, and the time needed to analyse the data is drastically reduced.

We’re already seeing the benefits of edge computing, not just globally but in the Gulf region as well. The oil and gas industry is an early adopter of the technology, since edge computing helps companies to rapidly analyse data from millions of sensors and develop new tools and processes. As a result, oil and gas companies can gain access to predictive maintenance capabilities, allowing them to better plan for and respond to maintenance issues.

Retail is another area of massive opportunity. By introducing edge computing infrastructure into brick-and-mortar stores, retailers can take advantage of new technologies, as well as extend the lifespan of their stores.

By allowing data collection and analytics to be done at the source and in real time, a variety of services and revenue streams are then available to retailers, including new ways to utilise offerings such as artificial intelligence and new digital signage technologies in store.

For instance, retailers can fix augmented-reality mirrors in fitting rooms that offer different clothing options without the consumer having to try on the items, and beacon-based heat maps that show in-store traffic.

Edge computing can also be used to help create predictive models of future behaviour and purchasing trends, giving retailers the ability to plan better and react faster, with help from AI or automation technologies.

One major change that we’ll all encounter is in the automotive space. Self-driving cars are the perfect example of how edge computing offers us experiences and technologies that would never have been possible before. Transmitting data collected from numerous sensors in a self-driving car to the cloud and awaiting a response, hampered by the challenges of latency, privacy, and bandwidth, wouldn’t be safe for the passengers in the car or pedestrians on the street. Instead, the computing is done in the car itself allowing for a quicker response time.

Logistics providers are considering the potential of faster, more effective data processing at the edge to speed up their customer service and reduce both costs and emissions. They’re looking to use street, package, and car-based sensors transmitting data to transform their mapping and routing capabilities.

Every industry has the potential to create new services, reduce costs and optimise operations by adopting edge computing.