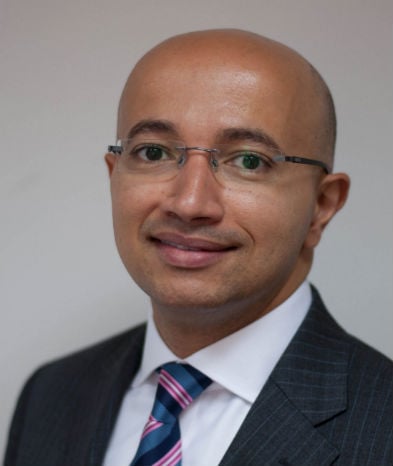 Dual citizenship involves the simultaneous holding of more than one citizenship, with each inferring certain rights and responsibilities that would normally adhere to a citizen in each of the individual countries.

These rights and duties apply, in most cases, irrespective of the length of time that the person spends in that particular country or the extent of his or her political, economic or cultural ties.

How prevalent is this phenomenon?

Well, one photo snapped during the 2014 World Cup captured it perfectly. During Germany’s Group G match against Ghana brothers Jerome Boateng of Germany and Kevin-Prince Boateng of Ghana battled each other on the pitch, playing for opposing teams.

They weren’t the only dual nationality players on the pitch during the 2014 World Cup.

There were 25 French-born players representing other countries at this year’s World Cup, more than any other nation. Sixteen played for Algeria, two for Ghana, three for Cameroon, three for the Ivory Coast and one for Argentina. You didn’t expect the Argentinian did you? Yes, ex-Real Madrid star and scorer of 20 goals for the Argentinian national team, Gonzalo Higuain, is French-born.

What’s the difference between citizenship and nationality?

Let’s take the United Kingdom as an example, made up of the ‘home nations’ of England, Northern Ireland, Scotland and Wales.

If you were born and raised in any of the four constituent nations, you are British. If asked your nationality, you would in all likelihood describe yourself as English, Irish, Scottish or Welsh.

The main difference is that citizenship is a political term, drawing its importance from the economic, political and social rights and obligations that come with it.

Why would a government allow one of its citizens to pledge allegiance to another country and remain a citizen?

After all, many of the rights and responsibilities of the second or third citizenship held may lead to a clear conflict of interest. It may mean voting in another country’s elections, running for office or even serving in the armed forces of a potentially hostile country.

Why then do we find that governments are not only tolerant, but in many cases welcoming of this phenomenon?

They do so to harness the energy and financial resources of their geographically dispersed citizenry.

Migrant networks influence cross-national ties between homelands and host-lands. They are an economic and political resource, acting as the human face of their homeland. They engage in lobbying, pressuring host governments for different policies that benefit their homeland, and through engagement promote their homeland’s interests and become quasi ambassadors.

Economically, allowing dual citizenship transforms a portion of the population from a financial burden to a resource.

In October 2013, the World Bank reported that remittances, people sending money back home, totaled $414 billion in the developing world. India alone received $71 billion from its citizens living abroad in 2013.

For the individual, moving abroad can either be financial heaven or an absolute nightmare depending on the level of planning that goes into the move.

Dual citizenship can have several distinct advantages including the freedom to travel, the ability to find a better place to settle and perhaps retire.

For the international transient investor there are many considerations. It may allow you to broaden your financial horizons through the expansion of your investment activities and the heightened privacy that it may allow. Depending on your personal circumstances, dual citizenship may also be extremely beneficial from a tax-planning perspective.

Depending on your home country’s laws, expatriating can come with a host of financial implications that you must be aware of and successfully navigate early on to avoid the all too common, and potentially costly pitfalls.

Just like the footballers who must decide which country to play for, choosing whether to focus your economic activity in your homeland or host-land throughout your life may turn out to be one of the most important financial decisions you’ll have ever made.

Attempting to answer all questions for all people in one article would be an exercise in futility.

The considerations will vary substantially based on an almost infinite number of very individual factors. If you don’t have the required knowledge, time and inclination to personally manage this financial conundrum, then it may be prudent to consult with a professional adviser.