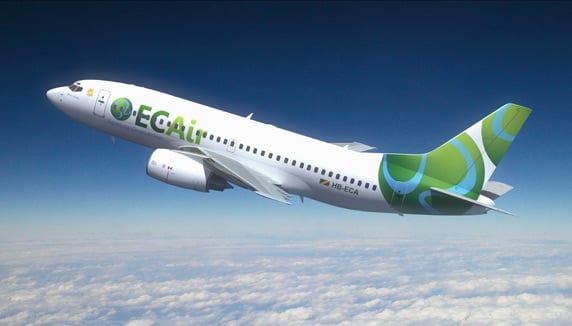 The Congolese national airline, ECAir made its debut flight to Dubai International Airport last night. The flight signalled the first direct link between Congo and the Middle East and the start of a commercial route that will see three return flights each week between the Congolese capital and Dubai from March 31.

At a press conference held in Dubai today, ECAir also announced that Planet Travel & Tours LCC would act as the airline’s general sales agent within the UAE whilst its continuing partnership with Swiss based company PrivatAir would facilitate the new route on a Boeing 757 200 with 16 business and 132 economy seats.

Speaking at the press conference, the director general of ECAir Fatima Beyina- Moussa said that Dubai had been selected because of its reputation as an aviation hub and said the airline was currently in talks with “several” operators across the Middle East and Asia in attempt to build transfer links to further destinations. However, no further details were given on which operators the airline had been speaking to, as no deals have yet been signed.

The route is the airline’s second international route, following the launch of their Brazzaville- Paris route in 2012.