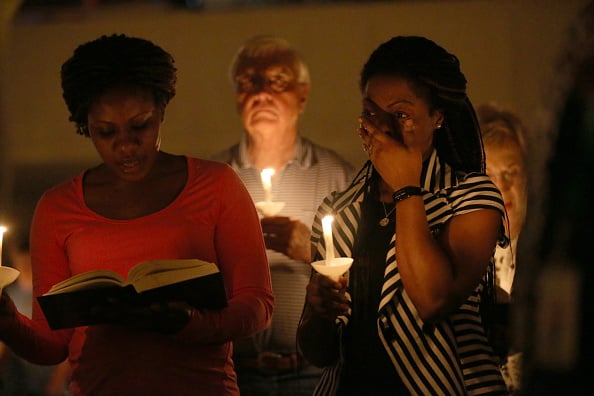 The first person diagnosed with Ebola in the United States died on Wednesday, underscoring questions about the quality of care he received, and the government ordered five airports to start screening passengers from West Africa for fever.

Liberian national Thomas Eric Duncan died in an isolation ward of a Dallas hospital, 11 days after being admitted on Sept. 28.

The case has stirred attention and concern that someone with Ebola had been able to fly into the United States from Liberia, raising the specter more passengers could arrive and spread the disease outside of West Africa, where nearly 4,000 people have died in three impoverished countries.

The White House said extra screening for fever will be carried out for arriving passengers from West Africa. The screening will start at New York’s John F. Kennedy airport from the weekend, and later be used at Newark Liberty, Washington Dulles, Chicago O’Hare and Hartsfield-Jackson Atlanta.

Duncan’s death prompted questions about the timeliness of his care. The patient initially sought treatment two days before being admitted, but was sent home with antibiotics.

“I trust a thorough examination will take place regarding all aspects of his care,” Duncan’s fiancée, Louise Troh, wrote in a statement. Troh, in quarantine, added, “I am now dealing with the sorrow and anger that his son was not able to see him before he died.”

Dr. Craig Smith, medical director for infectious disease at University Hospital in Augusta, Georgia said Ebola, like any disease, was easier to beat the sooner it was treated.

“I’m not surprised he unfortunately passed away,” Smith said. “I think two days would have made a big difference.”

Duncan had been in critical condition and on a ventilator and kidney dialysis at Texas Health Presbyterian Hospital. He was given an experimental medication to try to keep him alive, starting Saturday, six days after being admitted.

But Ebola experts also asked why Duncan received the experimental drug brincidofovir, made by Chimerix Inc, which has not been tested on humans or animals, rather than Tekmira Pharmaceuticals drug TKM-Ebola, which has been tested on humans. TKM-Ebola was given to another U.S. patient, Dr. Rick Sancra, who contracted Ebola while working in Liberia and was cured.

“We know Dr. Sancra was pretty damn sick when he began treatment,” said virologist Thomas Geisbert of the University of Texas Medical Branch, who has done pioneering work on Ebola treatments. It “potentially saved him.”

Duncan was not screened on arrival in the United States. Starting this weekend, though, JFK airport will use a non-invasive device to take the temperature of passengers, who also will fill out detailed questionnaires created by the U.S. Centers for Disease Control and Prevention (CDC).

Canada said on Wednesday it would step up airport screening of people arriving from affected West African countries. Those who are ill or say they have been in contact with a sick person will have their temperature taken by a quarantine officer.

Hospital spokesman Wendell Watson said in an emailed statement that Duncan died at 7:51 a.m. The hospital said he was 45 years old. About 48 people who had direct or indirect contact with Duncan since he arrived on Sept. 20 are being monitored, but none have yet shown any symptoms, according to health officials.

The CDC and other U.S. health officials say the chances of Ebola spreading in the United States are very slim.

Texas Health Presbyterian said a man had been admitted on Wednesday after reporting he had had contact with Duncan and was exhibiting symptoms. Other officials said he was a law enforcement officer who had visited the apartment where Duncan had been staying, days after the Liberian went to the hospital.

U.S. Centers for Disease Control and Prevention (CDC) Director Dr. Thomas Frieden described the person as someone who “does not have definite contact with Ebola or definite symptoms of Ebola.”

The hospital has not released details on how it will handle Duncan’s body but said it will follow protocols from the CDC. Texas State health authorities said Duncan’s remains will be cremated. The guidelines recommend careful preparation of the body before movement, including enclosing it in two bags and disinfecting the bags. The body can then be transported without the need for protective gear for a driver or others who are near the body but they are not to handle the remains before cremation.

The current Ebola outbreak, the worst on record, began in March. On Wednesday, the World Health Organization updated its toll of the disease. WHO said Ebola has killed 3,879 people out of 8,033 cases by the end of Oct. 5. WHO says 41 people have been killed in an unrelated outbreak in Democratic Republic of the Congo.

Ebola can take as long as three weeks before its victims show symptoms, at which point the disease becomes contagious. Ebola, which can cause fever, vomiting and diarrhea, spreads through contact with bodily fluids such as blood or saliva.

While several American patients have been flown to the United States from West Africa for treatment, Duncan was the first person to start showing symptoms on U.S. soil. A nurse in Spain who treated a priest who worked in West Africa is also infected.