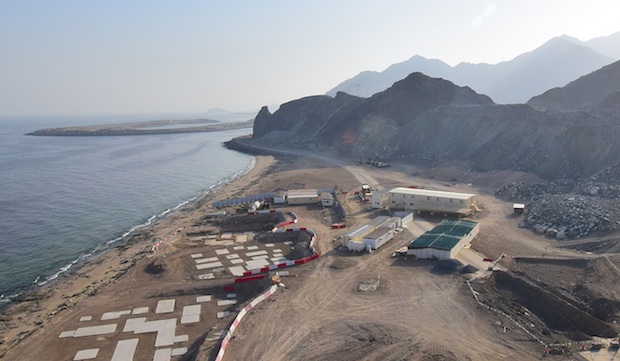 Abu Dhabi-based real estate company Eagle Hills has awarded the marine and grading works contract for its Address resort in Fujairah, it announced on Tuesday.

The contract was won by general engineering and contracting company BATCO Group, a statement said.

The size of the contract was not revealed.

The Address Fujairah Resort + Spa hotel and residences project is located in Sharm in Fujairah, south of Al Aqah beach and 21kms away from Dibba Al Fujairah.

The project was launched in April this year, during Cityscape Abu Dhabi. Sales of units at the residences began in May this year.

The development is expected to be delivered in 2019.

Low Ping, CEO of Eagle Hills, said: “The awarding of the marine and grading contract to BATCO Group is an important milestone towards our commitment to deliver the project – Fujairah’s ultimate leisure and lifestyle destination with a 500-metre promenade.

“Taking into consideration sustainability measures, we are enhancing the existing site while protecting the beachfront promenade to be enjoyed by all visitors alike.”

Emaar Hospitality Group owns The Address Hotels and Resorts brand. The chairman of Emaar, Mohammed Alabbar, is also a board member of privately-owned Eagle Hills, which has projects in Jordan, Bahrain, Morocco, Serbia and Nigeria.