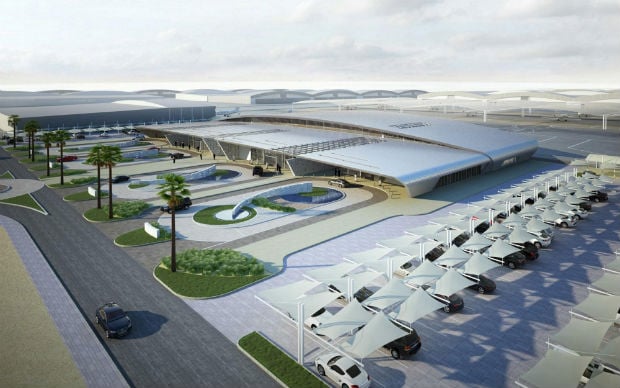 Dubai World Central announced that it has begun work on its new executive terminal, which will cater exclusively to business jets in the region.

The 6,000 square metre terminal is located at DWC’s aviation district and is scheduled to be completed in Q4 2015. The facility will host Jet Aviation, XJet and Jetex as key fixed-base operators, the aerotropolis said in a statement.

The terminal will also include facilities for customs, immigration and police, separate drop-off and executive lounge areas to ensure full privacy, as well as walkable, direct access to the apron.

Services at the new facility will be supported by an $80 million VIP completion centre built by Abu Dhabi-based Falcon Aviation.

“We took a strategic decision to transfer our operations to the Aviation District in DWC due to the heavy air traffic at Dubai International Airport, which sometimes leads to constraints that may impact our services,” said Khaled Al Mulla, chairman, Al Mulla Investment Group, which operates in a joint venture with Jet Aviation in the region.

“DWC has the ideal infrastructure, competitive pricing and the flexibility that we need to do business, especially with regards to technical stops, where flights from Europe land for technical checkups or for refueling purposes.”

The DWC Aviation district is a 6.7 square kilometres master planned district within the aerotropolis, adjacent to Al Maktoum International Airport.

As part of the zone’s expansion, DWC also inked a deal with France-based aircraft painting firm STTS Group for a new facility worth Dhs150 million to be set up in its aviation district.

As per the deal, the aircraft-painting unit will cater to narrow body airlines, VIP aircraft and business jets with a future potential to expand the facility to service wide body aircraft including the Airbus A380.

The STTS unit is scheduled to be completed by Q1 2017 and will initially be built to handle 25 wide body aircraft and 35 narrow body aircraft on an annual basis.

Alternative aviation hubs such as DWC and Gama Aviation terminal in Sharjah are increasingly attracting private jet firms as slots fill up in Dubai International Airport.

Business aviation in the Middle East is also booming with the industry forecast to see a steady growth over the next few years.

According to Ali Al Naqbi, founder and chairman of Middle East Business Aviation Association, the industry is estimated to grow by 13 per cent in 2014 with the number of registered business aircraft doubling by 2020.