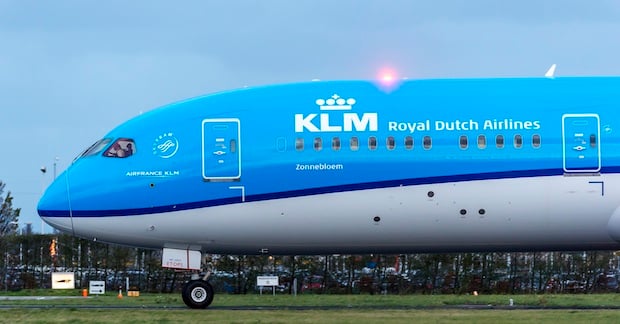 The Dutch air force scrambled two F-16 fighter jets to escort a KLM aircraft from Abu Dhabi to land in Amsterdam after an unruly passenger ‘screamed’ and displayed “aggressive” behaviour onboard, according to reports.

The 29-year-old American became “aggressive” after being asked by a crew member to return to his seat, Joanna Helmonds, a spokesman for the Dutch police told AFP on Saturday.

“A scuffle broke out and the cabin crew, together with other passengers managed to restrain the man,” she said.

The scuffle reportedly broke out over German airspace.

The man did not appear to be under the influence of alcohol or drugs, a cabin crew member told Dutch newspaper De Telegraaf.

“At first we got him back in his chair, but shortly after he started screaming and hitting wildly,” a flight attendant told the newspaper.

“His behaviour was very threatening from one moment to the next,” she added.

A number of passengers were slightly wounded, and two were given black eyes, said Helmonds.

The Airbus A330-200 plane received special clearance to land immediately at Schiphol airport, and the man was arrested soon after.

He was reportedly found to be “disoriented” and admitted to a psychiatric institution for observation.