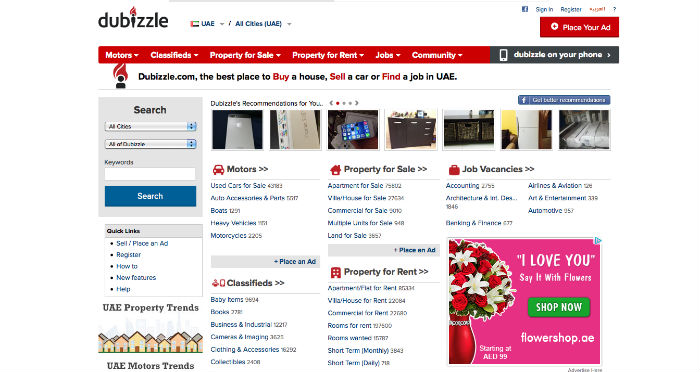 Dubai-based classifieds website dubizzle announced that it let go of 12 staff members based in the emirate following “structural changes” made at the company.

The company’s CEO Arto Joensuu was among those asked to leave, a spokesperson confirmed. The others were not identified.

In a statement, Barry Judge, general manager of the UAE market at dubizzle said that the job losses came about since the company has developed from a “local business to a regional one” over the past 18 months.

“This required us to take stock of the different skills and resources required to achieve our desired expansion. Adapting to this structure meant undergoing growing pains as we strived to achieve synergies across our business whilst giving greater autonomy to local teams,” he explained.

The structural change announced late February will “allow for regional consistency”, he said.

Launched by JC Butler and Sim Whatley in 2005 with just $12,000, dubizzle has grown rapidly and the site now includes listings from 11 countries across the MENA region.

In 2011, MIH, a subsidiary of South African multinational Naspers, bought a 25 per cent stake in the company.

In the statement, Judge said that dubizzle is “doing great.”

“We have seen double-digit growth year-on-year and continue to be a household name in the UAE,” he said.

“We’ve achieved a similar status in Egypt, where the adoption of classifieds has seen exponential growth.

“We are confident that the changes made in February will accelerate our growth in this region,” he added.