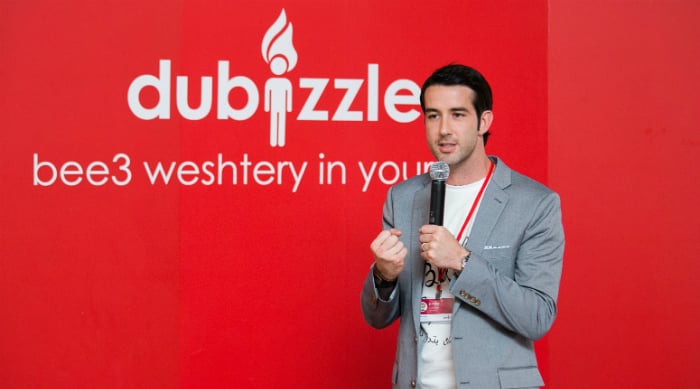 The co-founder of Dubai-based classifieds website dubizzle, JC Butler, has advised aspiring entrepreneurs in the region to always solve the problem and to hire “great people”.

His remarks came in an open parting letter addressed to regional entrepreneurs. Butler and Sim Whatley, who founded dubizzle eight and a half years ago, announced late last year that they would be stepping down from the company and returning back to the US.

“As Sim and I wrap up our eight and a half year journey of running dubizzle’s operations; from sleeping in bunk-beds and working out of our living room, to leading a team of nearly 200 brilliant people across the region, I wanted to leave some parting words for entrepreneurs just starting their journey,” he wrote.

“Some of you reading these words are in the same position as we were so many years ago – chasing an idea on no budget with nothing but the stubborn determination that somehow you will find success.

“Over the years, dubizzle has faced a lot of challenges. We’ve made some mistakes, and had even more wins.

“Hopefully, these words can lend a bit of guidance and inspiration along your path,” he added.

Butler and Whatley launched dubizzle in 2005 with just $12,000, but the website has grown rapidly since them. In 2011, MIH, a subsidiary of South African multinational Naspers, bought a 25 per cent stake in the company.

Always be solving a problem

As an entrepreneur your job is to pick a problem and solve it in a better and more efficient way than before. The bigger and more widespread the problem, and the better you are at solving it, the more success you will have. Ideas come second. They are the solutions you come up with to solve the problem. If you start with an idea, and then go looking for a problem, you’re in trouble.

A lot of people assume that when we started dubizzle, we had moved here with the intention to start a “Craigslist” in the Middle East. That would have been a bad idea, and had we done that, we probably would have failed. Instead, we came here looking for jobs, setting up our lives, and along the way discovered how inefficient the marketplace was. Everyone seemed to have this problem, and everyone was aware of it, we were just the first ones to decide we should solve it.

If you haven’t seen Simon Sinek’s TED talk on How Great Leaders Inspire Action, please Google it now. The message is simple: People don’t buy what you do, they buy why you do it. The answer to “why?” is your vision. It’s what you as an organisation stand for. It’s the impact you intend to have on the world and your reason for existence. Why, beyond the sales pitch, should customers connect with you emotionally and brilliant people pick up your flag and join your cause?

At dubizzle, our vision has always been about making the world fairer, disrupting exploitation, and having some fun. When we started in the UAE (and still in many of our newer markets), exploitation of consumers was everywhere. Trade only happened through middlemen. Buyers were getting ripped off, people had no place to sell their things, job seekers were forced to go through recruiters. The marketplace was opaque and unfair for the everyday consumer, and it made us angry. Dubizzle started, and exists today, for one reason: to disrupt consumer exploitation and have some fun doing it.

Every viable business needs revenues and profits, but those come as a byproduct to creating immense value in pursuit of your vision. To attract great people, achieve great things, and be loved by your customers, you must have a strong and emotional understanding of the answer to the question “why?”

Define your values and live by them

I’ll let you in on a little secret it took me a long time to figure out: your values are your culture, and your culture is your brand. It’s really that simple. If you were to think of a company like a person, that person’s “brand” is the set of values others perceive them to have. Not what they say their values are, but by what they exhibit through their actions. For a company, it’s no different. The decisions and actions you take as a company will define the values you are perceived to have. To have the culture and brand you want, you must define the values you believe in, and live by them.

When dubizzle first started, there were only two of us. The company’s values were simply our values, so we didn’t feel the need to define them. As our team grew, however, not having defined values made it hard for others to hire well and make good decisions. Furthermore, if we didn’t know our values, we could easily contradict them without even realising it. This was a threat to our culture and our brand. So as a company, we all worked together over many months, discussing, voting and debating, until we had refined a list of core values we would all be proud to live by.

This exercise may be the most important thing we ever did at dubizzle. It allowed us to have a culture of freedom and autonomy, knowing we all shared the same values. It enabled us to make better HR decisions. And last but not least, it created a bond of deep respect and admiration between all of us on the team that has made the office one of my favorite places on Earth.

By simply defining your values and creating a culture that you really love, you’ll create a brand that others will love too.

In the long run, the best team always wins. If you want to win, you simply can’t compromise on people. Hiring great people, however, can be extremely difficult, especially when you have no money and you’re pressed for time. But even if it costs twice as much and takes twice as long, the difference between the great person vs. the good one is immeasurable.

From day one, Sim and I have always endeavored to hire people smarter than us. When you’re broke, you can’t pay a great person what they could get elsewhere. You have to give them something more: a vision they can believe in, an environment in which they can learn, a role in which they can have an impact, and an opportunity for future upside. As you grow, you can start to pay market rate. But as it turns out, great people can get high wages anywhere, what they really want is stunning colleagues, freedom and responsibility, and to leave a legacy of positive impact on their world.

At dubizzle, we have an intense focus on creating an environment that attracts great people. This has been the key to our success. If you do this well and disregard everything else, you will still be successful because great people who are highly motivated will figure the rest out for you.

No one ever summited the highest peak, changed the world, or did anything truly exceptional because they tried. They did so because they decided. Trying allows for the possibility of failure whereas deciding does not. Achieving your ambitious vision is next to impossible – and impossible is only achieved by deciding.

If you’re like us, then you believe your vision is of great importance to the world. Dubizzle achieving its vision doesn’t just impact economies; it impacts real lives, millions of them, by making the world a bit more transparent, efficient, and fair. We’ve always been brutally honest with ourselves about where we’re failing and the odds against us, while still maintaining an unfettered faith that one way or another, we will achieve our vision. Trying wouldn’t have gotten us here, and an “A” for effort would not have made up for the millions we failed to serve.

If you believe deeply in your vision, then you know failure is not an option. Rid your heart of “I’ll try my best” until all that’s left is “I have decided.” Your vision, and the positive impact you will eventually have on the world, deserves no less.