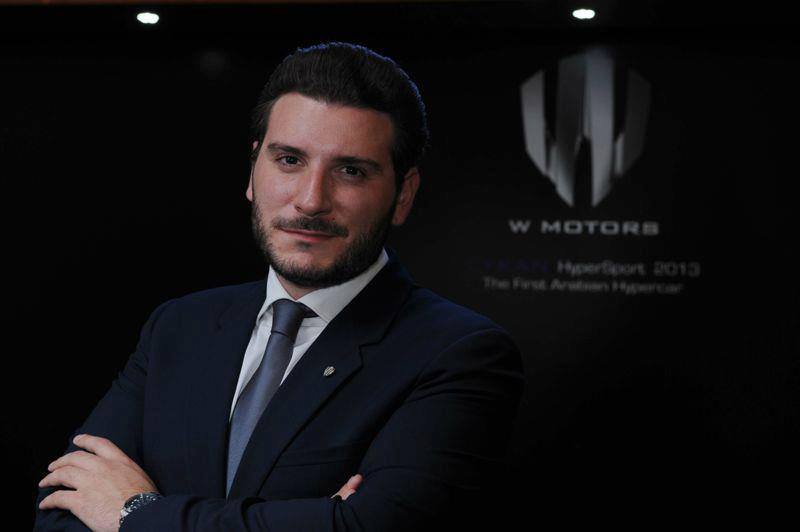 The maker of a $3.4m supercar that can hit speeds of almost 250 miles per hour has sensed the time is right to target a wider audience by going electric.

Dubai-based luxury carmaker W Motors has hired investment bank Guggenheim Partners to help raise as much as $100m to back expansion and its push into electric vehicles, founder Ralph Debbas said in an interview.

The 33-year-old’s overarching goal is to develop a homegrown car industry in a region that relies on imports. The new funds will go toward a new factory in Dubai, building inventory, and research and development.

“The ultimate goal since the beginning was to create a complete industry when it comes to automotive and future mobility,” said Debbas. “Now is the time to actually develop these things in house and spread them on a global level.”

The jewel in Debbas’s crown is the Lykan Hypersport, a sleek, angular supercar with a flat 6-cylinder, 780-horsepower engine and titanium headlights encrusted with 440 diamonds. Only seven of the vehicles exist, and the car made an explosive appearance in the seventh Fast & Furious movie when the hero played by Vin Diesel used it to jump from one Abu Dhabi skyscraper into another.

W Motors has since developed a more accessible version of the Lykan — the Fenyr SuperSport — named after a wolf in Norse mythology, and priced at $1.6m. Of the first 10 that were made, half of the launch editions were bought by Tetsumi Shinchi, the chairman of Japan’s Shibaura Group, spanning solar power and real-estate.

Moving with the times, the company is now looking at an electric version that will go on sale starting at $600,000. Debbas’s goal is to deliver 500 of those in the next 4 to 5 years.

“Now is the right time for us to invest,” said Debbas. “If we wait another two to three years, it will be too late.”

W Motors, owned by Debbas and other Middle Eastern investors, is looking to break into a market where Porsche has already introduced an electric model, with others to follow. Aston Martin had to put off the launch of its all-electric Lagonda marque, due in 2022, for three years due to limited finances.

Work recently started on the factory in Dubai that will replace an Italian facility where the cars are currently made. The company is also working on delivering more police cars to the Dubai force.