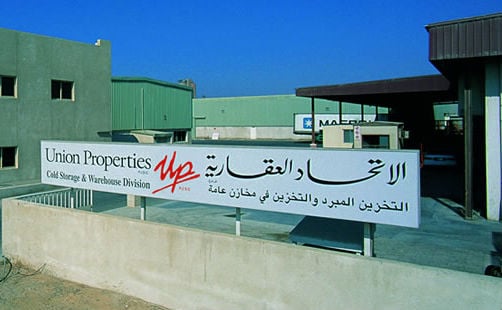 Shares of Dubai property developer Union Properties, in which lender Emirates NBD holds a major stake, surged 11 per cent in massive trading volume on Sunday – a fresh sign of growing optimism toward the emirate’s real estate.

The stock, which closed at 0.46 dirham per share, saw 423.7 million shares change hands on the Dubai equities market, accounting for nearly two-thirds of the market’s entire traded volume of 660 million shares. Sunday’s volume was equivalent to about 12.5 per cent of UP’s outstanding shares.

UP chief executive Khalid Bin Kalban said he was not aware of the transactions but added that there had been huge demand for UP’s shares over the last few weeks.

“Brokers tell me that there have been good enquiries for the stock from local, regional and global investors,” he told Reuters. “The share is undervalued. We are reducing our debt exposure and we expect our balance sheet to improve drastically by the end of September.”

ENBD declined to comment on whether Sunday’s trades were related to the bank cutting its stake in UP. The bank sold down its stake from around 48 per cent to about 31.4 per cent in the first half of this year, it said when announcing its second-quarter earnings last month.

ENBD Chief Financial Officer Surya Subramanian told a media call on July 22 that the bank was looking to reduce some of its direct and indirect real estate exposure so that it could continue to book new business without exceeding regulatory limits. According to the latest bourse data, ENBD now holds 30.25 per cent of UP.

Dubai’s residential real estate prices crashed by more than half between 2008 and 2011 as a bubble burst, but are now recovering; analysts estimate apartment prices have rebounded about 18 per cent from a year earlier.

UP shares have lagged the bullish stock market. They are up 16 per cent so far this year, compared to a 62 per cent rise for the main market index.

The company reported a 36 per cent rise in second-quarter net profit to Dhs113.3 million, because of a saving of Dhs80 million due to liabilities settlements with contractors for some projects. Revenue for the quarter was Dhs427 million against Dhs557 million in the prior-year period.