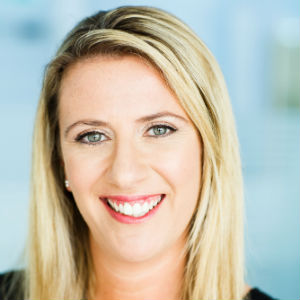 The Entertainer, a boutique consumer service company offering two-for-one discount vouchers, has announced the launch of its mobile app.

The company, established in Dubai in 2001, publishes annual books for each GCC country containing vouchers for restaurants, hotel stays and leisure activities.

The Entertainer app is free and will allow its customers to redeem their vouchers through smartphones without the hassle of carrying physical vouchers.

The app offers a number of features such as location-based services that allow users to find Entertainer outlets based on their location and a savings calculator that shows users their savings for each voucher.

“Our customers are always on the go and therefore in need of a spontaneous yet convenient way to redeem their Entertainer vouchers,” said Donna Benton, founder and CEO of the Entertainer.

“The new Entertainer mobile app answers both these needs by providing customers with the same variety of offers from our merchants that the Entertainer books have on a global basis.”

Despite its convenience and flexibility, Benton does not expect customers to switch entirely to the app, suggesting behavior will largely depend on how tech savvy people are.

“Asia is a lot more digital savvy than the GCC or an African country. So we would certainly expect Asian customers to use their smartphones more to redeem while every other country will be a bit of mixture,” she said.

The vouchers redeemed via smartphone will not incur any extra charges, Benton added.

The Entertainer has sustained a solid growth rate of 30 to 40 per cent in the last few years, following an aggressive expansion plan across markets around the world.

“Currently we are in 16 countries, across 23 destinations, producing 27 books and operate an office in all the continents,” said Benton

Earlier this year, Abraaj Capital acquired a 50 per cent stake in the Entertainer, allowing for much of the company’s expansion.

“Abraaj’s investment enabled us to do in two years what we would have done in eight years,” said Benton.

“The launch of a mobile app and further expansion into Asia was facilitated by the extra investment.”

In line with its global growth, Benton said that the Entertainer is also planning to increase its headcount to 130 by the end of this year.