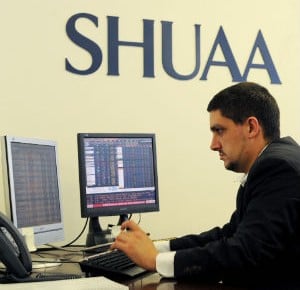 Dubai-based investment bank Shuaa Capital will focus more on growing its lending business as part of a new strategy aimed at turning around losses which have mounted since the global financial crisis.

Shuaa, which has had three chief executives in the past year, expects to deploy half its balance sheet in the Shuaa Credit business by 2013, as it seeks to provide capital to the region’s growing private sector, its executive chairman said on Wednesday.

The bank, which also runs an asset management division, is hoping that the strategy shift will return the bank to “positive territory” in 2013 and consistent profitability thereafter. It expects a loss in 2012.

“Our growth engine going forward will be Shuaa Credit. We expect revenue from credit to grow to 47 per cent in 2012 and 68 per cent in 2013,” Sheikh Maktoum bin Hasher al-Maktoum, a member of Dubai’s ruling Maktoum family, told reporters in Dubai.

One of the Arab world’s largest investment banks and once a symbol of the sector’s potential in the region, Shuaa is among a group of regional investment firms struggling to stay afloat after excessive debt and declining portfolios led to losses.

It has cut jobs and slashed operating costs in the wake of a sharp drop in investment banking and brokerage revenues, a mainstay for the bank during the boom years.

The investment bank’s shares are down 93 per cent from a 2008 peak. The stock has fallen 24 per cent in the past year but is up 9.2 per cent year-to-date.

“Results in 2012 won’t be in the profit area but a significant improvement from previous years,” Al-Maktoum said.

The company, which helped float ports operator DP World several years ago, made a second-quarter net loss of Dhs15.9 million ($4.3 million) for the three months to June 30, as it continued its restructuring efforts and booked one-off costs associated with the process.

Operating expenses are expected to reach Dhs42.5 million a quarter, including its credit finance unit Gulf Finance, for the remainder of 2012 and 2013, the company said.

Group operating expenses were Dhs44.7 million in the second-quarter.

Its shares rose 3.7 per cent in thin trading on the Dubai bourse on Wednesday.