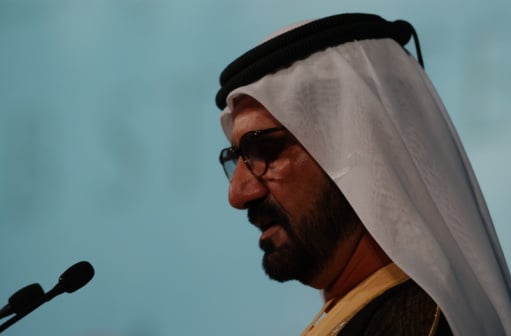 UAE Vice President and Prime Minister of the UAE and Ruler of Dubai Sheikh Mohammed bin Rashid Al Maktoum has launched the UAE Strategy for the Future, designed to bring the country to its next era of development.

The plan will “steer the nation’s transformational growth by identifying the needs and challenges of the future” and address them through “impactful long-term plans”, according to Dubai Media Office.

It will be implemented in three phases – short-, medium- and long-term – with benchmarks and performance indicators for each.

Under the strategy future prototypes for sectors including healthcare, education, social development and the environment will be developed. There will also be a focus on building human talent in key sectors, boosting international partnerships and developing specialised R&D labs to evaluate future challenges and opportunities.

Government departments will be required to develop plans for the future and produce reports on future scenarios to develop government policy. These will be led by new directors of the UAE Strategy for the Future in each department, the first such position anywhere in the world.

“As a nation, we have always been forward-looking and planning for the future, which has been a key driver of our success. The UAE Strategy for the Future is our new approach to planning for the future by predicting, analysing and implementing highly effective action plans that accelerate development,” said Sheikh Mohammed.

“The strategy serves as the referral point for governmental departments to adopt proactive future planning to usher in an even more prosperous tomorrow for our current and future generations. To achieve its goals, we must work together and share responsibilities. With our future planning model, we will serve as a model for the world. “The citizens of the UAE are our most important resource in building our future. To nurture their skills, we will strengthen education and training initiatives.”

The Dubai ruler has shown a particular interest in making sure the country is future ready. Earlier this year, the emirate launched the Future Accelerators programme with the intention of deploying futuristic prototypes across the city.

He has also introduced a 3D printing strategy with the intention of making the emirate into a hub for the technology.

However, the new plan is arguably further reaching and will involve changes across all government departments as well as the adoption of a more future-focussed mindset.

Sheikh Mohammed will personally monitor government departments to evaluate their commitment to the new strategy.

Minister of cabinet affairs and the future Mohammad bin Abdullah Al Gergawi said the plan had clear goals with the short-term strategy focusing on 2016 to 2021, the medium-term from 2021 to 2026 and the long-term beyond 2026.

It will have three main pillars: a new operational model for the government, building national capacity and setting strategic priorities for the future. Each will include tasks to be implemented in a specific time frame and all initiatives will be developed based on scientific studies of the future.

The first pillar will require each government department to set scenarios for the future and turn them into development initiatives. Departments will work in groups for specific sectors and evaluate trends economics, society and technology under the leadership of their respective minister, who will provide updates at cabinet meetings.

The Ministry of Cabinet Affairs and the Future will coordinate initiatives, projects and policies for each department and monitor their progress.

The second pillar will see the government build national capacity by establishing robust infrastructure “in national cadres”. Looking to the future will become park of school curricula and specialised delegations will train qualified nationals for future planning.

“Related material – designed exclusively for the UAE Government – will be published, and the subjects will be taught in national universities,” according to Dubai Media Office.

Finally, the third pillar will see minister work to turn their respective ministries into prototypes of the future, reflecting the nation’s ambitions in development.

The government will work to establish the country as a global destination for sustainability and the future through knowledge exchange programmes, annual conferences and strategic partnerships with future-based forums, platforms and networks of experts and universities in the UAE and abroad.