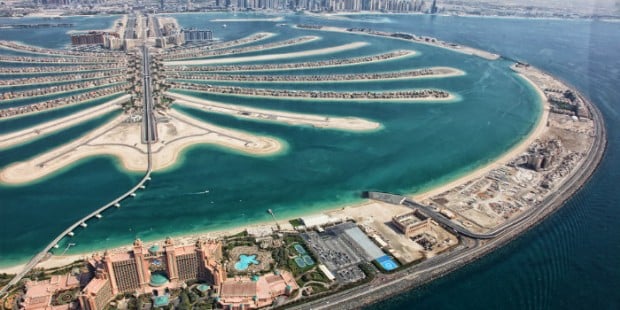 Dubai-based developer Seven Tides has announced the release of 12 luxury penthouse apartments at its Anantara Residences on Palm Jumeirah.

Till date, two penthouses have been sold with the remaining available units offering between 7,468 and 13,478 square feet of space.

Occupying prime positions in both the South and North Towers of the residential community, the penthouses will be presented to investors at this year’s Cityscape Global exhibition, the statement said.

“The Anantara Residences penthouses rank right up there with comparable investment opportunities in other global gateway destinations such as Paris, Rome or Vancouver, but still offer remarkable value in terms of price and square footage compared to properties in London or New York,” said Abdulla Bin Sulayem, CEO, Seven Tides.

“In addition to lifestyle considerations, international high net worth individuals are looking at location appeal and investment potential, and this is where Dubai – and Palm Jumeirah especially – with its unparalleled standard of living, global connectivity and business environment are ticking all the right boxes.”

He added that a comparative spend in other international cities would get investors a 2,691-square foot five-bedroom furnished penthouse overlooking the Esplanade des Invalides in Paris’ 19th arrondissement ($4.9 million); the top floor of a former palace in Rome with 4,575-square feet of space and Tiber river views ($4.95 million); or, for a little extra, a three-level, seven terrace and two elevator penthouse in Vancouver’s Grace Tower ($7.9 million).

“Space really does come at a premium and this is where the Anantara Residences offers investors an added advantage with an incredible amount of both indoor and al fresco space, plus exclusive access to the five-star facilities and services at the adjacent Anantara Dubai Palm Jumeirah, Resort & Spa,” said Bin Sulayem.

“However, besides the current value aspect, the Palm is also in a league of its own when capital appreciation is considered. The price of a square foot for villas has increased by 55 per cent over the last year and 31 per cent for apartments all contributing towards significant yield figures – performance levels other destinations will find difficult to compete with.”

Bin Sulayem also confirmed that 70 per cent of the one and two-bedroom units in the South Tower have already been sold, with the recently released North Tower also performing well.

Dubai was ranked 13 in the overall list of cities that saw a growth in prices of luxury homes during the first half this year, according to a report by property consultant Knight Frank.