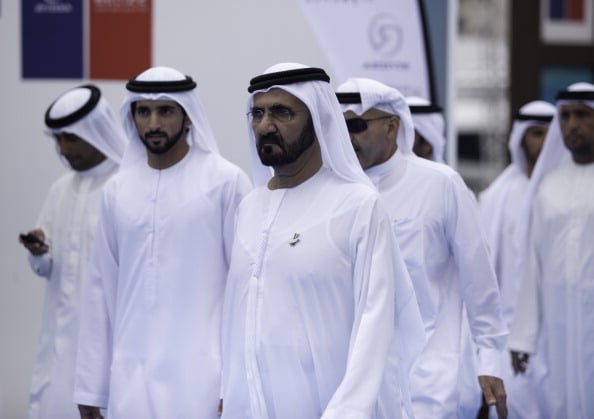 Sheikh Mohammed said that the “gigantic project” would usher in a “new era for the improvement and development of quality of life.”

“Our ambition is that this project touches the life of everyone in our country,” WAM quoted him as saying.

Dubai’s crown prince and general supervisor of the Smart City project Sheikh Hamdan bin Mohammed bin Rashid Al Maktoum added: “His Highness Sheikh Mohammed bin Rashid Al Maktoum does not want to just develop the services, but he wants to change the way of life in Dubai. He did not set for us goals in customer satisfaction, but this time the goal is the happiness of man.”

Sheikh Hamdan confirmed that Dubai would have a ‘5-D control room’ to oversee government projects, service indicators, roads, weather conditions and emergency situations. The city will also have the ‘largest open global laboratory’ to promote science, WAM quoted him as saying.

The Smart City initiative was announced by Sheikh Mohammed in October last year and is aimed at ensuring that government services will be accessible, quick and efficient through the use of hi-tech smart devices.

The project is expected to enable the public to transact with public departments using smartphones any time, any day of the year.

The work team for the project has already been formed and major government agencies in Dubai are currently developing a full concept and a comprehensive plan to implement the project, WAM quoted Mohammed Abdullah Al Gergawi, chairman of the High Committee for Dubai’s Smart City Project, as saying.

Al Gergawi said that the next phase will include the technical and service-wise integration of systems in all the institutions.

He also stressed that the strategic plan is “flexible” and takes into account the technological developments in the world.