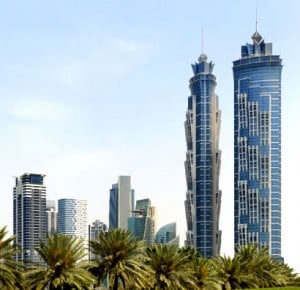 Sheikh Mohammed issued the instruction during an inspection visit to the project, which is situated on Sheikh Zayed Road.

The world’s tallest hotel, the JW Marriott Marquis officially opened its doors to its first guests in Dubai earlier this month.

Towering at a height of 355 metres – 26 metres short of the Empire State Building – the JW Marriott Marquis will have 1608 rooms when complete.

It opens in several phases, with its first tower of 804 rooms and suites in its soft opening phase.

Sheikh Mohammed expressed his satisfaction with the successful completion of the first phase of the project, reported WAM.

He also described it as “a boost to the tourism sector in Dubai.”

By January, the hotel will have all nine restaurants and five bars and lounges open, with the grand opening scheduled to take place in February 2013.