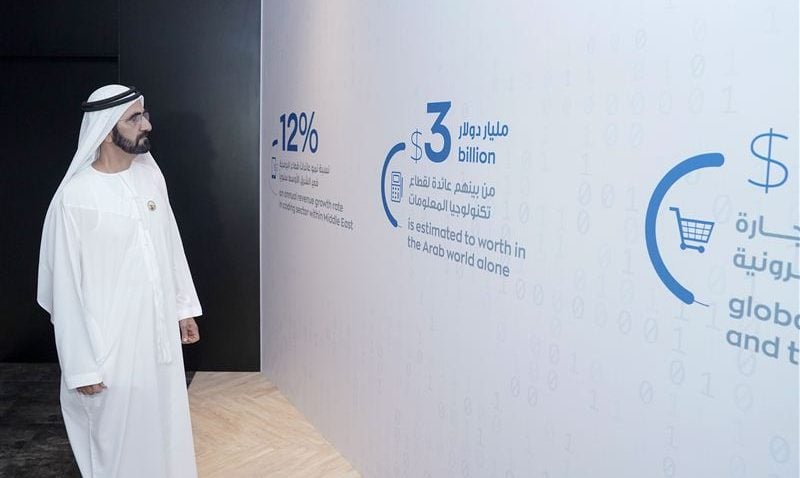 The One Million Arab Coders initiative aims to create one million young Arab coders in the Middle East by training them, enhancing their knowledge, improving their skills, providing them with jobs in the tech sector, and increasing their expertise in advanced science.

The initiative is the first step towards mastering coding, which will be crucial to meeting the requirements of the future digital economy, a statement said.

The initiative will also reward top students and tutors with incentives valued at over $1m.

It has been launched as part of the Mohammed bin Rashid Al Maktoum Global Initiatives (MBRGI) foundation and will be managed by the Dubai Future Foundation.

Sheikh Mohammed said: “Coding is the language of the modern era. Our goal is to teach it to one million young Arabs, in order to prepare them now for the requirements needed to excel in the future.

“Coding will create many job opportunities for young people to compete for remotely; it will pave the way for them to participate in the global economy online, from home.”

The initiative will consist of three stages implemented over two years.

The first stage includes registering to join one of two categories, Arab students or tutors, from across the world. This stage can be completed via registration online at arabcoders.ae.

Stage two requires applicants to complete several three-month virtual coding programmes. The top 1,000 students will then be selected, will be awarded certificates, and will be enrolled in the Coder Challenge.

Stage three will involve the top 1,000 coders, who will compete in the Coder Challenge for the top spot.

The platform provides a specialised and integrated curriculum in computer science and programming, including three months of training courses in cooperation with international educational institutions and companies.

“This project is part of MBRGI’s mission to spread hope in the region, create employment opportunities and give our youth the skills needed for them to successfully lead our region into the future. From the world’s leading companies to the global economy itself, programming is the future, and we will support one million young Arabs so they can be an active part of this economic opportunity.”

According to studies, 50 per cent of the Arab population is under 25 years old, with 39 per cent aspiring to establish their own businesses over the next five years.

However, unemployment rates among young Arabs stand at 28 per cent, one of the highest in the world.

“It is projected that by 2020, there will be 80 million jobs available in various IT sectors, this initiative seeks to carve out a space for Arabs to become part of that,” a statement said.

Sheikh Mohammed added: “We will not stop launching projects and initiatives to support our Arab communities because the stability of our region relies on it. MBRGI has launched over 1,400 projects and 33 institutions dedicated solely to spreading hope and building the future of the Arab world.”