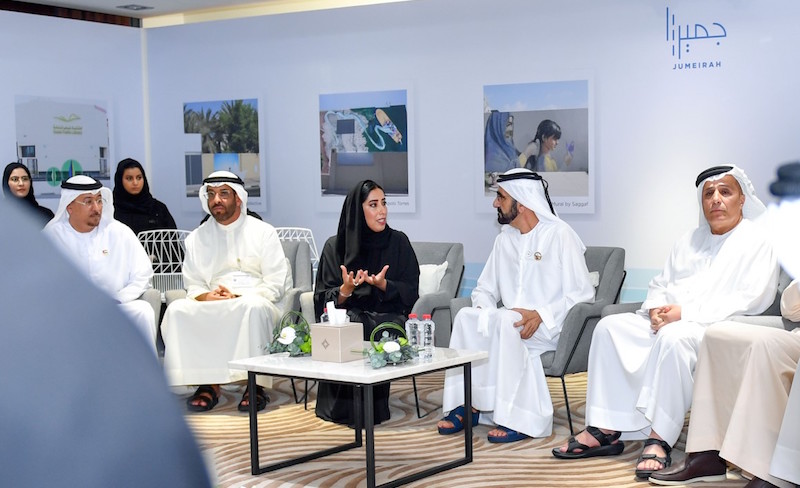 Dubai’s ruler and Vice President and Prime Minister of the UAE Sheikh Mohammed bin Rashid Al Maktoum has launched the ‘Jumeirah project’, an initiative which aims to turn the Jumeirah area into a ‘cultural destination’.

An initiative undertaken by Brand Dubai, the creative arm of the Dubai Media Office, the project will see a range of events in the Jumeriah region, official news agency WAM reported.

It will see the implementation of 30 artistic projects in 30 locations along Jumeirah Road in partnership with 30 Emirati, Arab and international artists.

The themes of the murals include the links between the city’s past and present. A number of unique artworks will also be created at bus stations along Jumeirah Road, WAM reported.

While regular events including the ‘Dubai Fitness Challenge’ and the ‘Gov Games’ will be held in the area, other sports events to be held as part of the project include a marathon, a swimming competition, a triathlon, children’s competitions, a yoga event and a beach football tournament.

The project will also feature a traditional Dhow competition, boat races and a food festival.

“The Jumeirah community will also be part of the project and we welcome their suggestions and ideas. Some of the houses of residents in the area will serve as open-air canvases for murals,” she stated.

The initiative will be implemented in partnership with the Roads and Transport Authority (RTA), Dubai Municipality, Department of Tourism and Commerce Marketing and Dubai Sports Council.

Sheikh Mohammed approved the logo of the project on Monday.

“We want all our initiatives and projects to be driven by innovation,” he said.

“We will provide all the support and resources necessary for turning promising creative ideas into reality. Our goal is to transform Dubai into a showcase for the highest innovation that is ahead of its time. At the same time, our model of development seeks to ensure balanced growth where people enjoy high levels of happiness. We want to create a place that inspires out-of-the-box thinking, where creative minds from across the world can contribute to creating a glorious future,” he added.