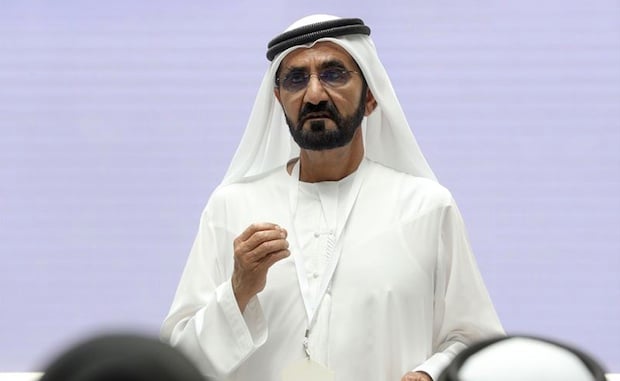 The initiative aims to “honour Arabs who have dedicated their lives to serve humanity through programmes, projects and humanitarian initiatives”. It also targets those who “go above and beyond” in their philanthropic efforts.

The award is open to residents of any Arab country, between the ages of 5 and 95, said Sheikh Mohammed.

Individuals with a “rich portfolio” of philanthropic activities and community initiatives can apply or be nominated. The individuals must also be active in volunteering and humanitarian work, have “good conduct and values”, and believe in young people’s potential in the Arab World.

“We want to instill benevolence across our Arab region,” said Sheikh Mohammed.

“Our objective is to celebrate benevolence and hope makers, and civilization makers. They are the real stars and the idols for new generations.”

He emphasised the need for positivity and hope in the region, especially in the current situation.

“Renaissance of nations doesn’t rely on governments, but also on people who are aware and contribute positively in facing their socio-cultural challenges,” he said.

The initiative aims to identify 20,000 stories of hope in the Arab world.

It has been launched by the Mohammed Bin Rashid Al Maktoum Global Initiatives foundation, which aims to “improve the Arab world through humanitarian, developmental and community work”.

The ‘Arab Hope Makers’ initiative is an extension of the ‘Year of Given Initiative’, launched earlier this year by the UAE President Sheikh Khalifa bin Zayed Al Nahyan.

Also read: UAE President declares 2017 as the ‘Year of Giving’