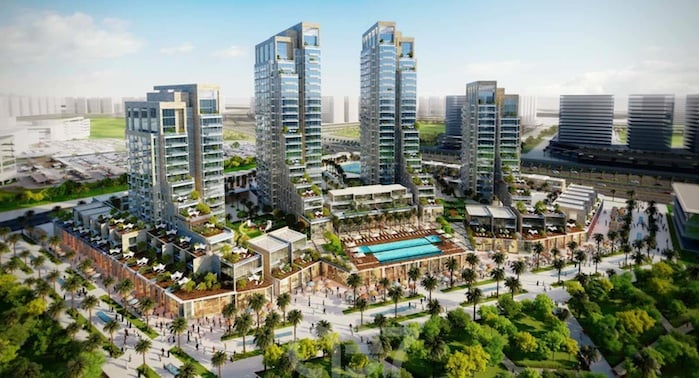 Dubai developer Nakheel is planning to undertake 23 million sq ft of new residential and leisure projects worth Dhs14 billion over the next three years, the company announced on Wednesday.

The projects, including new developments and extensions to existing ones, were showcased to Sheikh Mohammed bin Rashid Al Maktoum, UAE’s VP and PM and Dubai’s ruler on Sunday.

The mall will be surrounded by the 16-tower Deira Islands Towers community, with over 2,400 apartments and townhouses spread over four clusters. The towers will be built atop four podium retail developments with 670,000 sq ft of leasable space.

The project also includes the Deira Islands Boulevard, a 400,000 sq ft walkable shopping and dining promenade connecting the residences, mall and parks. The Boulevard will have around 120 outlets.

The development is slated to house 10,000 people when ready, the developer said.

The expansion includes a 2.2 million sq ft retail component with a showroom-style area for events and exhibitions and a car park with over 6,200 spaces.

The developer is also adding a two-tower residential complex with 1,120 one and two bedroom apartments, and a separate, 250-room hotel.

The new complex will feature shops spread across 766,000 sq ft, a new multi-storey car park for 7,000 vehicles and a four-star hotel with around 370 rooms. The extension will also feature a 300,000 sq ft courtyard, with landscaping and a retractable glass roof.

This expansion comes in addition to Ibn Battuta Mall’s Phase 2 complex, currently under construction and due to open this year, Nakheel said.

The company, which posted a 43 per cent rise in net profit for 2014, has been focusing heavily on boosting its retail, leasing and hospitality businesses.

Revenue from these segments is expected to grow from Dhs1.3 billion in end-2014 to Dhs7.5 billion by end-2017, when most of the projects are expected to be completed.