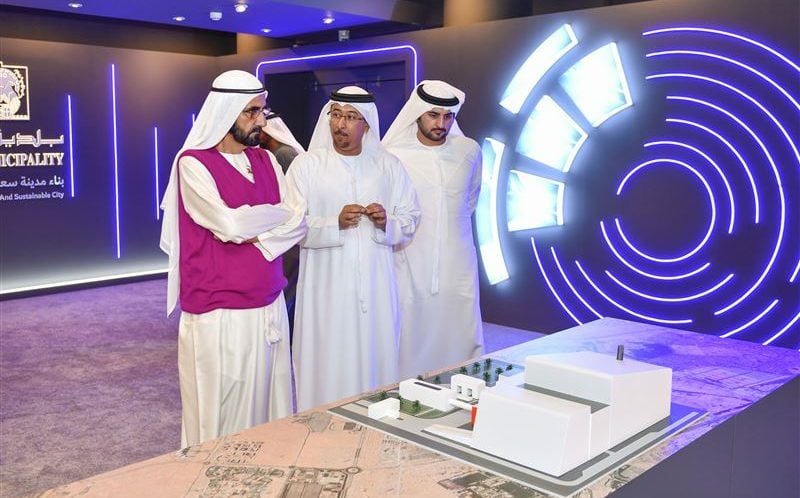 The world’s largest single waste-to-energy plant and a deep tunnel storm water system were among the projects showcased by the Dubai Municipality to Sheikh Mohammed bin Rashid Al Maktoum, Vice President and Prime Minister of the UAE and Ruler of Dubai on Sunday.

Sheikh Mohammed, who visited the municipality’s head office, was briefed on four projects being developed at a total cost of Dhs6.5bn.

The deep tunnel storm water system aims to collect and convey groundwater and stormwater runoff, and then store it and direct it to the sea.

The project – the first of its kind in the Middle East – will help face the challenges coming from rains over the next 100 years, a statement said.

It has the capacity of 110 m3 per minute (6600 tonnes per minute), which is double the flow of the Thames River in London, and will drain 40 per cent of the entire area of the city.

The water system will serve the whole of Dubai South, which is home to Dubai’s Al Maktoum Airport and the Expo 2020 site.

Sheikh Mohammed was also briefed about the world’s largest single waste-to-energy plant, built on two hectares of land in the Warsan area. The plant will convert the city’s solid, industrial and commercial waste into electricity.

While gases produced by the waste will be burned to turn a steam turbine to generate power, incombustible material will be left as recyclable ash, from which metals can be extracted for reuse.

The gas will be treated with lime and filtered to minimise the release of pollutants during processing, a statement said.

The plant is set to have thermal transfer efficiency of 29 per cent.

The first line of the plant will be operational in 2022, with full lines ready by 2023. The plant will have a processing capacity of 1.9 million tonnes a year.

The third project reviewed by Dubai’s ruler was the region’s first environmental nanometric satellite named DM SAT1, which is designed to collect and analyse environmental data that will be used to find solutions for increasing pollution in cities and address climate change.

DM SAT1 is a joint project between Dubai Municipality and the Mohammed Bin Rashid Space Centre.

The assembling of DM SAT1 is expected to be completed in the first quarter of 2019, and launched by year-end.

The fourth project showcased was the development of traditional souqs in the Deira and Bur Dubai areas, which are set to attract 12 million visitors by 2020.

Sheikh Mohammed said that the government seeks to develop projects and find solutions to ensure sustainability while providing services.

He also stressed the importance of keeping pace with the latest scientific advances in various fields to address the common challenges faced by societies, especially those related to the climate and environment.

“The real value of projects is measured by its positive impact on society, and its ability to improve people’s lives and achieve optimal use of resources. We should always be a benchmark for quality of life and for creating a bright future for our people. This requires creative thinking, comprehensive planning and speedy execution,” he said.