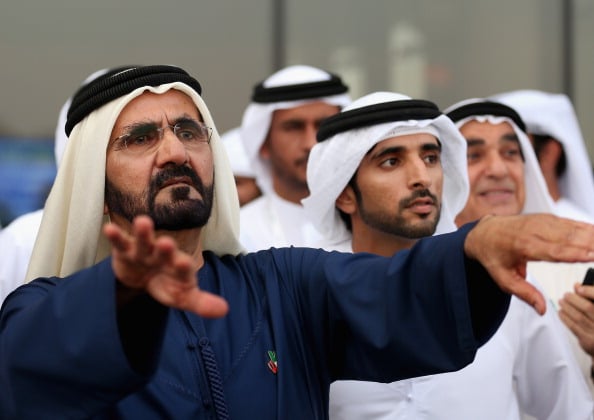 During a visit to the RTA offices, he approved the ‘wing-shaped’ design of the metro stations for the upcoming Route 2020 project, the report said.

The Route 2020 project, an extension of the Dubai Metro’s Red Line, stretches about 15 kilometres starting from the Nakheel Harbour and Tower Metro station. It will include seven new Metro stations.

The route will pass through several areas including Discovery Gardens, Furjan, Jumeirah Golf Estates and Dubai Investment Park before heading to the Expo 2020 site.

Construction work on the project is slated to begin early next year, officials have said.

Sheikh Mohammed also approved expo-related road expansions such as Al Yalayis Road, the Gardens Parallel roads and the University City road, and viewed the progress of work in the Bluewaters Island project and the Deira Islands Canal project, the report said.

Dubai is hoping to attract 20 million visitors to the emirate by 2020 as part of its tourism strategy. The city is also anticipated to welcome 25 million visitors during the six-month long expo, which runs from October 2020 to April 2021.

Several infrastructure projects have been planned in the city to cope with expected demand.

Last year, RTA chairman Mattar Al Tayer announced that around 35 projects worth Dhs 30bn will be completed ahead of the expo.