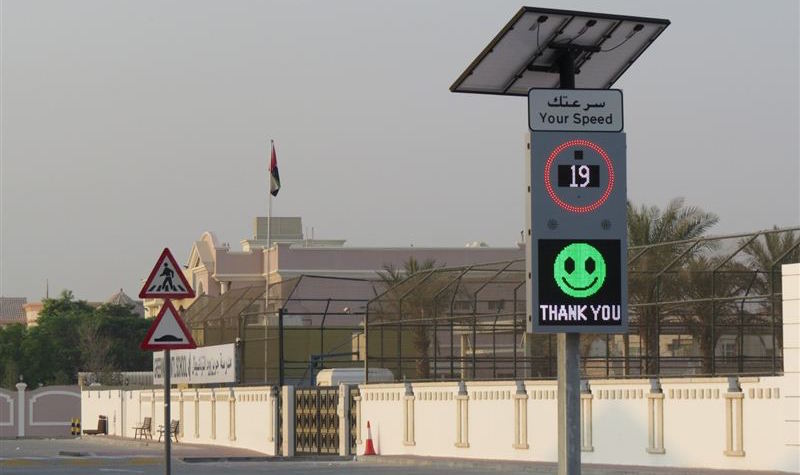 Dubai Roads and Transport Authority (RTA) has set up smart signs near schools in the emirate that will display ’emojis’ to interact with drivers and caution them to drive slow.

The signs send “smart messages” to interact with motorists and parents when driving in school zones by detecting and displaying the driving speed and using emoticons such as WhatsApp Emojis.

The facial expressions will “reflect drivers’ psychological mindset, along with tips relating to the driving speed” as the vehicle passes by the devices and sensors installed near school zones, the RTA said. 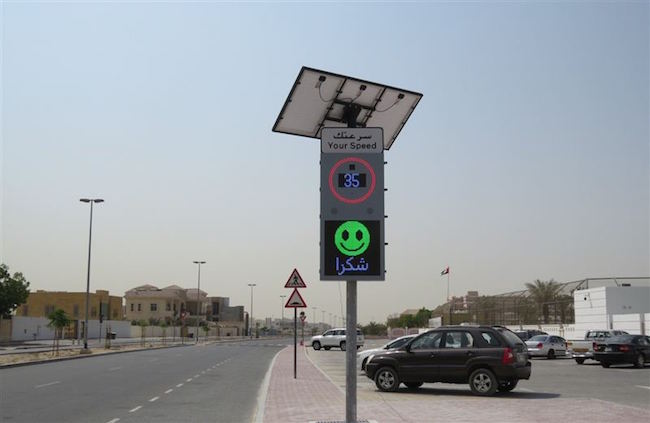 A smiling face indicates the driver is compliant with the prescribed speed limit while a frowning face means the driver has exceeded the speed limit specified by the RTA. 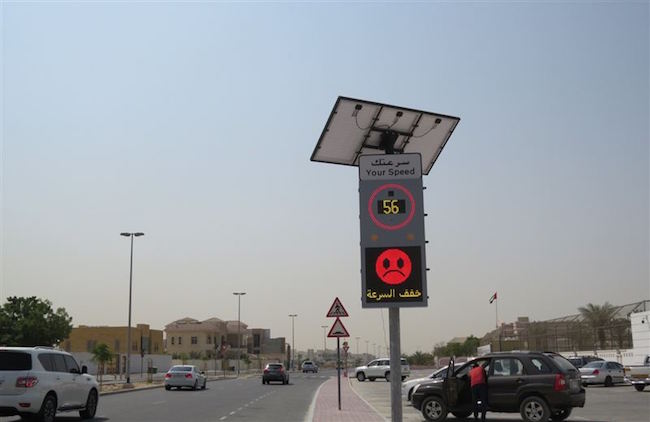 “Then the smart signs display either tribute remarks, alerts or warnings indicating to drivers the speed limit allowed on a given street,” said Maitha Bin Adai, CEO of RTA Traffic and Roads Agency.

The first phase of the project has been commissioned in five areas in the first week of the school year, including Muhaisnah 1, Al Mazhar, Al Wasl, Al Garhoud and Al Safa.

Areas to be covered in the second phase will be decided based on the type of the road, the number of schools, and the number of speeding tickets issued in those areas.

“Exceeding the speed limit, even by a small margin, may cause run-over accidents and injuries among students.”

“The underlying idea of these smart signs is based on the findings and recommendations of scientific studies that had proved the success of these signs in inducing the intended impact on drivers as they address and tell each driver individually about his/her speed and driving behaviour and they are not generic,” said Bin Adai.

“Such a customised message gives the driver a personalised impression that he/she is personally meant by that message, thus creates a direct and intended impact on the driver.

“The smart signs are part of several projects and initiatives targeting students, school zones and surrounding areas, following the Agency’s success over the past six years in eliminating fatal traffic crashes and achieving zero deaths in school zones,” she added.