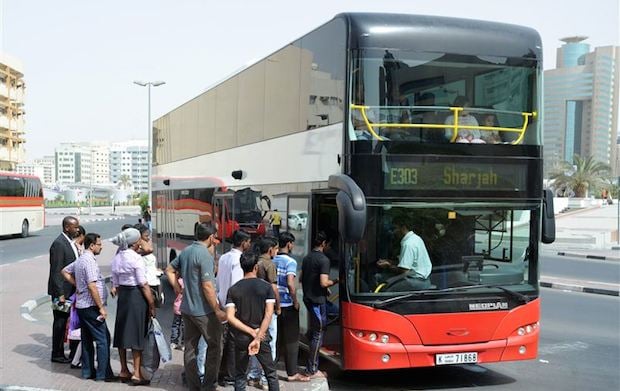 Dubai’s Roads and Transport Authority has announced plans to open 11 new bus routes and improve 13 others starting from April 15.

The plans include 10 feeder connections to the emirate’s bus and metro stations and amendments to routes to reduce travel time.

Finally Route F14 will run in a circular route serving Business Bay metro, Ubora Towers, Backyard Business Bay and South Ridge, and Route F55A will be renamed N55 and be extended to Ghubaiba Bus Station as a night service.

On top of these changes the service frequency on three routes will also be changed, according to Mohammed Abdullah Al Ali, director of planning and business development, RTA Public Transport Agency.

The service frequency of Route 366 will also be reduced from 10 minutes to eight minutes during the evening peak time. To avoid the lack of frequent service, Route 4 and Route F2 have been abolished. Areas covered by these two routes will be covered by the two new routes F4 and F6; which will be linked with the metro stations in the areas served by the new and abolished routes.”

The changes are designed to provide a more comprehensive bus service and bring happiness to bus users.