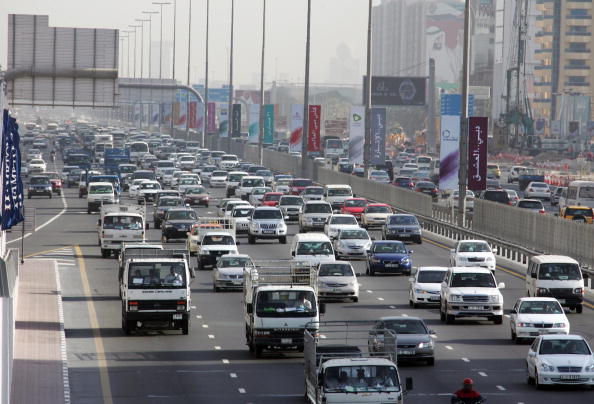 Dubai’s Roads and Transport Authority (RTA) has announced plans to undertake road works at five congested spots in the emirate to help ease the traffic.

The works will carried out at Al Khail Road (towards Sharjah), the intersection of Hessa Street and Al Khail Road, Al Mamzar, Business Bay and Al Quoz Industrial area.

“These traffic solutions are part of RTA’s strategic plan that provides for examining the traffic in densely populated areas all over Dubai streets,” said Mattar Al Tayer, director-general and chairman of RTA.

“It also entails carrying out improvements in road network, and introducing quick and medium term solutions for congested traffic spots,” he added.

The works are expected to be completed by the first quarter of 2018, the RTA confirmed in a statement. 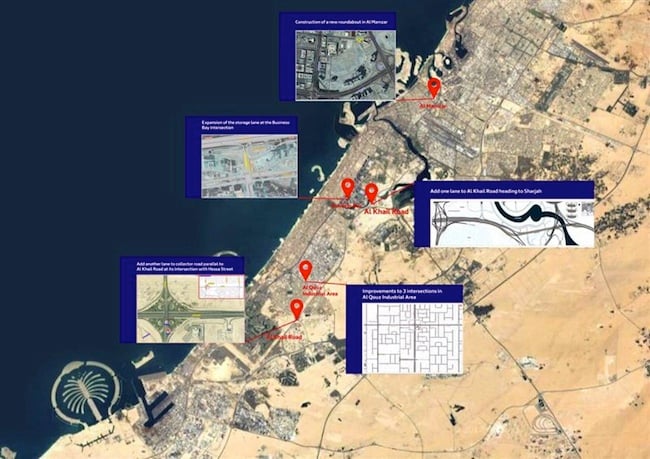 Meanwhile, the exit at the intersection of Hessa Street and Al Khail Road will be widened to make it two lanes (instead of one). This is expected to “ease the current bottleneck at the site”, according to Al Tayer.

Another lane will also be added to the road parallel to Al Khail Road at the intersection with Hessa Street – inbound from Sheikh Zayed Road heading to Sharjah.

The RTA is also planning to develop an additional roundabout on Road 46 at Al Mamzar to offer an alternative for residents to easily exit the area instead of relying on the single exit to Al Wuhaida Road.

“This exit has a high traffic density, which also has a negative impact on Al Wuhaida Road. The new roundabout would enable exiting the area through Road 46 and ease the pressure on the existing exit at Al Wuhaida Road,” said Al Tayer.

The RTA also plans to increase the number of storage lanes at the intersection of Business Bay Road with Al Saada Road coming from Sheikh Zayed Road from two to three lanes, while also elongating them.

“This solution would boost the capacity of the intersection, reduce the delay and cut the snarls, which currently goes back up to the Sheikh Zayed Road,” noted Al Tayer.

In Al Quoz Industrial Area, the RTA will carry out improvements at three intersections. The number of lanes of some intersections would be increased, and service roads would be constructed in some places.

The move will ease the traffic flow in the area, which witnesses “serious delays due to the intensity of heavy vehicles,” he added.