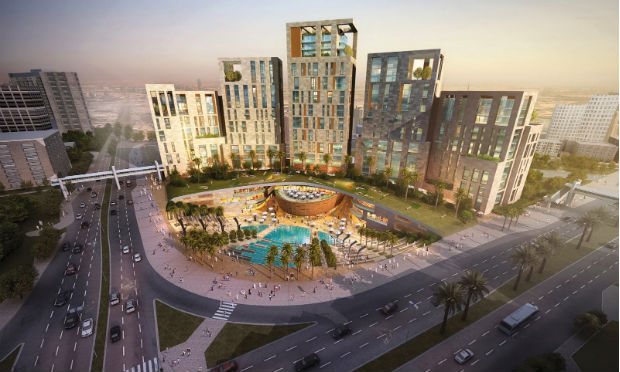 Dubai’s Roads and Transport Authority (RTA) has announced that it will begin issuing tenders for the Union Oasis project in May 2015.

The Union Oasis Project is a transit oriented development (TOD), which is a mixed-use property developed to encourage the use of public transport.

The project, developed by the RTA, will see two mixed-use towers being constructed above the Union metro station on an area spanning 15,000 square metres.

“The Union Oasis Project is the first manifestation of Transit-Oriented Development (TOD) concept in the region which promises to be a prominent destination for residents and visitors of Dubai,” said Abdullah Yousef Al Ali, CEO of RTA ‘s Rail Agency.

“This vital project focuses on developing the Union Square by providing an exquisite environment including residential units, offices, pedestrian-friendly streets, landscapes, vital utilities and retail outlets among others.”

RTA will be developing this project in partnership with the private sector and has issued a guideline detailing all the information about the Union Oasis project.

“The Union Oasis Project would be implemented on the basis of Public-Private Partnership (PPP) between the RTA and a private developer selected in a competitive bidding process to be rolled out this May,” said Ali.

“The private sector will be able to marry its extensive development and operational expertise with the commercial acumen to identify the concept and key developmental aspects of the project.”

He added that the main objective of issuing the guideline is to highlight all particulars and commercial ends of the Union Oasis project, including a letter of intent to participate in the auction.

The agency launched the Union Oasis project, which connects to both Red and Green line of the Dubai Metro, in 2013.

RTA’s CEO Mattar Al Tayer said during the launch of the project that the agency will study transit oriented communities around the world and adapt them to suit the regional needs.

TODs have historically helped to increase the use of public transport as they develop communities surrounding the mass transit modes.