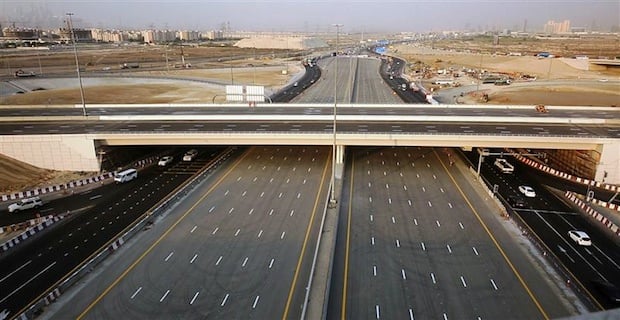 Dubai’s Roads and Transport Authority (RTA) announced that it has completed its Dhs1.91bn project of improving and widening Sheikh Mohammed bin Zayed Road from the outskirts of Dubai up to the Al Houd Interchange.

The opening of the interchange follows the construction of four east-west bridges extending along Al Yalayis Road, comprising three lanes in each direction, a statement said.

It also included modifying the path of some of the impacted roads to ensure smooth traffic movement in the interchange, the RTA added. 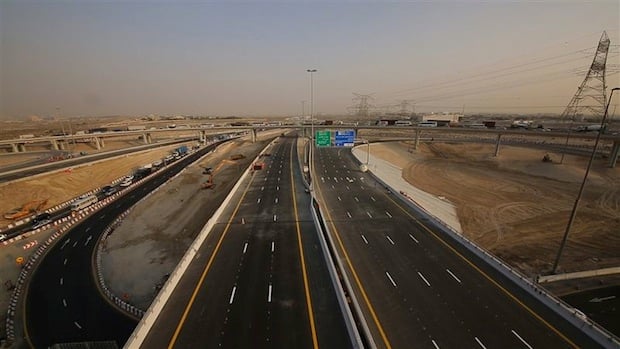 The cost of the last phase amounted to Dhs228m. 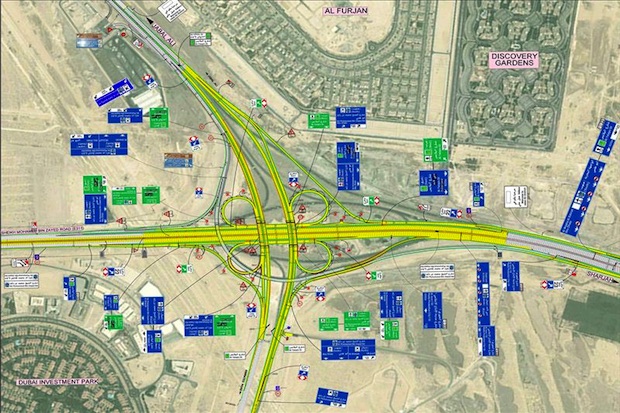 The overall project in part of Dubai’s plans to expedite the delivery of road infrastructure projects around the site of Expo 2020, the RTA said.

Mattar Al Tayer, RTA director-general and chairman said: “Al Houdh Junction Project, which is situated at the western part of the Dubai emirate bordering the Arabian Ranches Interchange to the north, and the Trucks Roadway to the south, is one of the key strategic projects on the Sheikh Mohammed bin Zayed Road.

“It encompasses upgrading Al Houdh roundabout from a signalised junction into a flyover ensuring free movement in all directions, while accommodating for the path of Etihad Rail. It involves the construction of four east-west bridges extending 600 meters on Al Yalayis Rd comprising three lanes in each direction.

“The project also encompasses the widening of the Sheikh Mohammed bin Zayed Road in an 11 km-long sector extending from Al Houdh roundabout to the junction leading to Al Maktoum International Airport from three to six lanes in each direction.”

The project included the construction of a service road on both sides of the Sheikh Mohammed bin Zayed Road in a 4km long sector extending from Al Khail Road junction to Al Houdh roundabout to help the entry and exit from neighboring development projects.

“RTA opened the project in phases in order to ease the mobility in the completed parts. Last February it opened the widening of Sheikh Mohammed bin Zayed Road from three to six lanes in each direction over a 7km long sector from Al Maktoum International Airport roundabout to Jebel Ali-Lehbab roundabout,” said Al Tayer.

“It also opened the widening of Sheikh Mohammed bin Zayed in a 4km long sector between Al Yalayis Road and Jebel Ali-Lehbab Road in the direction of Abu Dhabi.

The project will ensure the smooth flow of the north and south-bound traffic on Sheikh Mohammed bin Zayed Road from and to Abu Dhabi, the RTA added.