The size of the contract and who it was awarded to were not revealed.

The project, which will serve Al Quoz 2 between Al Khail Road and Meydan Road, aims to meet the demographic and urbanisation needs of the area, RTA said in a statement. 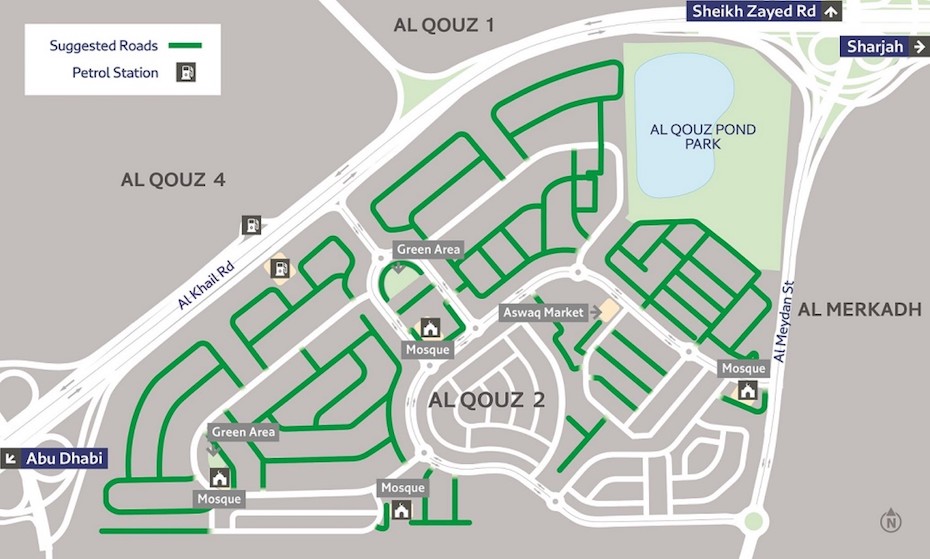 It involves the construction of a network of main roads along with associated infrastructure works and will improve the accessibility of the market complex and Al Quoz Lake Park.

The project will also increase the capacity of the entry points to 1,250 vehicles per hour, said Mattar Mohammed Al Tayer, director-general and chairman of the RTA.

“It will also enhance the entry/exit point to and from Al Meydan Road and improve the link with the residential area under development along with surrounding roads such as Al Khail Road,” explained Al Tayer.

“Undertaking this project underlines RTA’s commitment to improving the infrastructure of the neighbourhood such as roads, streetlights, and rainwater drainage systems,” he added.

It will also assess the condition of internal roads stretching 27km from an engineering, traffic safety and drainage of stormwater perspective.

The construction works aim to improve the traffic flow and public safety and ease the connectivity with the surrounding areas.

“Connecting roads will be paved to serve all land plots in the area, and two new entry/exit points for Al Manama and Nadd Al Hamar Streets will be constructed to enhance the link with the neighbourhood,” explained Al Tayer.

In the second half of this year, RTA began construction of the internal roads at Al Barsha South 3 spanning 6.4km. Works also include streetlights, car parks and bus stops.

The project is situated at the Mohammed bin Rashid Gardens and is surrounded by Al Barsha South 2, Al Hebiah 1 and 4, Motor City, Sports City and Arjan as well as Al Barsha South 4.

It aims to improve the connectivity of the area by raising the capacity of entry/exit points of Hessa Street to 1,500 vehicles per hour.

It also improves the connection with residential districts under construction, which will ease the movement to and from Umm Suqeim Street as well as the roads network of Al Barsha South 2, the RTA added.